Fierce, unprecedented attack on Carmen Dan and Liviu Dragnea: "I do not want to be ashamed of myself in the street" 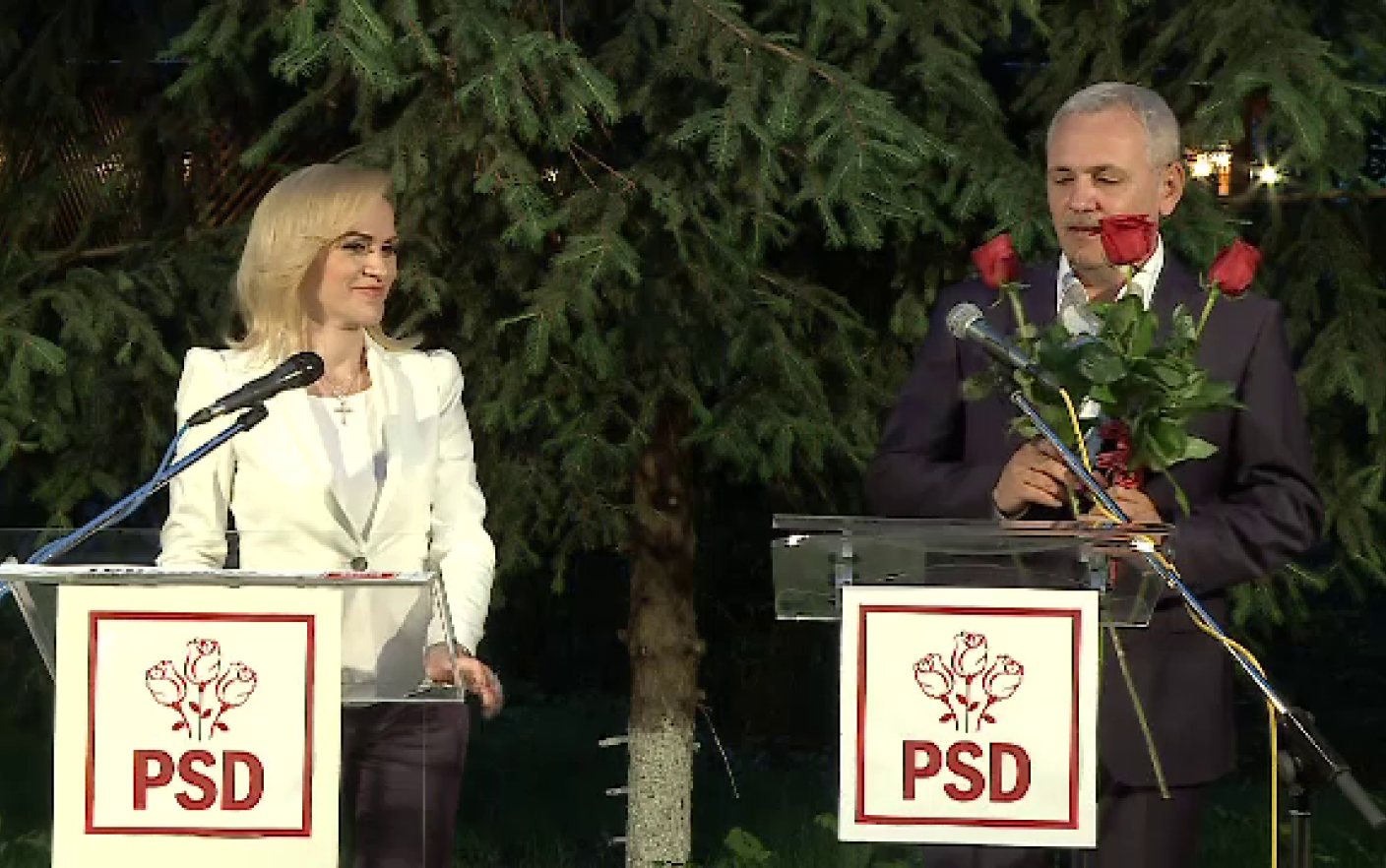 The unprecedented attack by Gabriel Firea on his party leader, Liviu Dragnea. The mayor of Bucharest has dismissed the PSD leader and accused him of boycotting the projects for Bucharest.

In addition, in meeting of PSD Executive Committee on NeptunFirea demanded the resignation of Interior Minister Carmen Dan for the way in which he dealt with the events of the diaspora protest on 10 August.

"I hope he will overcome this annoyance"was the response from Liviu Dragnea.

The intervention of the gendarmes at the diaspora rally and everything that followed, has caused the biggest scandal within the PSD since the resignation of Prime Minister Mihai Tudose until today. Convinced that the Minister of Interior is trying to place all responsibility for the action on August 10 on the prefect of Bucharest, Speranţa Cliseru, a final of the mayor-general, Gabriela Firea requested the resignation or dismissal of Carmen Dan.

Gabriela Firea: "I thought he would withdraw it, because he had proposed it, to save the prestige of the country, the government and this ministry. & # 39;

And for the PSD colleagues, but also for the press, Nature continued with accusations.

"That episode was done by the reverend to make the prefect lady also harmless. A close associate of his government, who deliberately called her to the terrace, sent a gentleman to ask them questions. Against stress the lady was surprised to complain today in the CEX. & # 39;

In the PSD leadership session Carmen Dan claimed that he did not have the blame for the events of 10 August and that he would NOT resign.

Put to the vote, the resignation of the Minister of the Interior got one vote "for"".

However, the mayor of Bucharest also debated the external image of Romania after the events on Victoriei Square.

Gabriela Firea: "I had a conversation with Corina Cretu, who told me a conversation that he had with his colleagues, including Mr Juncker, expressing their concern about the political situation in Romania, with particular emphasis on what on 10 August did not come to be appreciated by the other European countries. "

At the end of the meeting, Liviu Dragnea tried to leave the impression that it was an isolated scandal.

Gabriela Firea: "I would like to see that it is not a war, but we are in a diametrically opposite position, I can not make things different. They were ministers and prime ministers who, after they left the office, said they wanted to do it, but they were not left behind by the president. "

Liviu Dragnea: "That really hurt me, but it is not true, on the contrary."

About differences of opinion that he spoke Premier Viorica Dancilă: "In every party there are conflicts, there are contradictory arguments. I can not describe a conflict between my two colleagues, but on the contrary a contradictory discussion, different opinions. I do not want anyone to appear or blame anyone, but I think it's important that when we charge someone something, we can make these accusations based on convincing evidence. & # 39;

Carmen Dan: "I can work with the city hall. We are not talking about people here. Here we are talking about institutions that have to work. "

Former Prime Minister Mihai Tudose tried to shut down plasticiel between the Dragnea and Firea camps:
"Sir, if someone thinks that the PSD has bloomed the tulip in the glastry, the sun is out of the window, it is wrong. "

Gabriela Firea has announced that she will not withdraw from the party position, that she will resist the Dragnea camp internally and that time … will do her justice.

The deployment of this struggle between Firea and Dragnea, according to party sources, is precisely the candidacy of the Romanian presidency. Liviu Dragnea would not & # 39; no & # 39; say to be the candidate, but Gabriela Firea is much better in the polls, I support the same sources.

"I trust Mr Tariceanu, but for the hundreds of thousands of PSD candidates who have no alternative, it is a historic moment in the negative way, always the leftist PSD in Romania, had won a candidate – or not won." & # 39; & # 39;

Statements by the Mayor of Bucharest on Saturday, September 1:

– It is possible on 18 September to refer Juncker in his address to the events of 10 August.

– It is not a comfortable situation for our country, it is not easy to see how a negative perception about our country is transferred externally "

– I expressed this concern and in this connection I asked the resignation of Carmen Dan, who coordinated the intervention of 10 August and tried to take over the responsibility of the Prefect of Bucharest.

– I know from what I have noticed that Mrs. Dan has been consulted with the President on certain matters, and that President Dragnea has presented her to Mrs Dan as Minister. I just said that we are in an impasse. It is a pity to lose everything as a country

– It's not easy to see that there are street fights in the city that you are coordinating, I said it was not necessary to go to the gas

– Now there is another problem, the problem that the minister did not respond to what I said came with some pages, WhatsApp messages. I asked if she was spying on us. She had some personal talks between the prefect and the ministers about the protests

– He did all sorts of untrue things, he continued the whole series of indirect accusations because he did not rule in all public appearances, but the prefect gave the order of the gendarmes

– I do not want to be ashamed of going to Europe to go out on the streets. If there are errors, we can correct them, solidarity is up to a point, but I do not think it's normal to be solidaristic in something that's not right

The mayor also told journalists to ask her colleagues why they did not support her in the CEx because she was not mad at her after her proposal to withdraw the sprint for Carmen Dan was rejected.

– Although I have repeatedly said that I am not in favor of the Presidency of Romania, I do not want to take over from Mr Dragnea or from other people who want to lead the party and prove that I was right.

– The president said that he is not running and that we are together discussing the possibility of having a PSD-ALDE joint candidate in the person of Mr. Tariceanu, which I enjoy, but I also want to tell you that they only welcomed two – the three men in the room

– I very much trust Mr Tariceanu and he is a great country president, but for the PSD, for the hundreds of thousands of PSD members in the country, this party is in the position that it has no viable candidate and enjoys an alternative to a ruling partner with a much lower score in polls is a moment of great sadness. It is a historic moment in the negative way. Always PSD, left in Romania, had a presidential candidate. Winning or not winning is the right of the Romanians to vote on who is good as president

The mayor general of Bucharest said Saturday that he has a "tense" relationship with the president of the PSD, stating that there is "a break" between them because the Social Democratic leader the Minister of Internal Affairs, Carmen Dan, does not want " give up".

Asked upon leaving PSD's CEXN meeting, which is currently his relationship with Liviu Dragnea, Gabriela Firea replied: "I'm sorry to have to say, but it's tense."

At the same time Firea said that the solution for this situation also depends on Liviu Dragnea.

"I've always been a man of dialogue, but as things were discussed today, and how they directed with Mrs. Dan – who brought copies of SMS xeroxs and WhatsApp- a private conversation between the prefect and a secretary of state, that is, everything was so well designed and directed – and he does not want to give up his reign, that it is clear that there is just a break between us "added Firea.