"He told me he gave him the blood on his nose!" 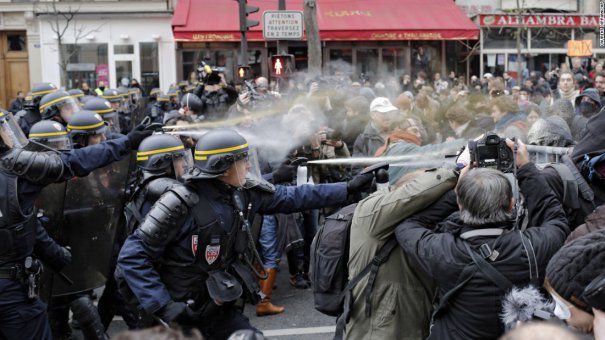 The wife of the 68-year-old man who died in hospital a few days after the protests of 10 August, made the first statements since the Diaspora rally. She revealed what her husband told her when she returned from Bucharest.

The wife of the woman says that her husband had problems with the gas that the gendarmes used to protest, but she refused to go to the hospital.

Later, when he came home, he began to feel worse, so he decided to take him to the hospital. There the doctors told him that the deterioration of his state of health had no effect on the gas that was used to protest, but could do nothing for him, he told about Antena 3.

"They protested peacefully, they screamed what their injustice was, what they wanted this country to do well, and then they started to blow gas and breathe in. He told me he was giving blood to his nose and mouth. Someone next to him took him and led him to an ambulance. There they stopped bleeding and told him to come in, but he did not want to, " said the woman.

The wife of the man says that he did not feel bad after he came home, but four days after the protest.