Oil pollution at Mangalia. A beach was closed 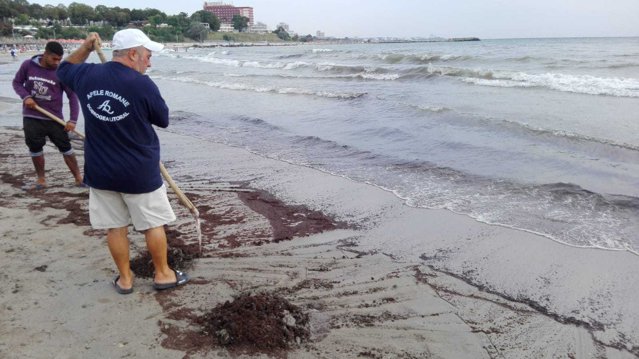 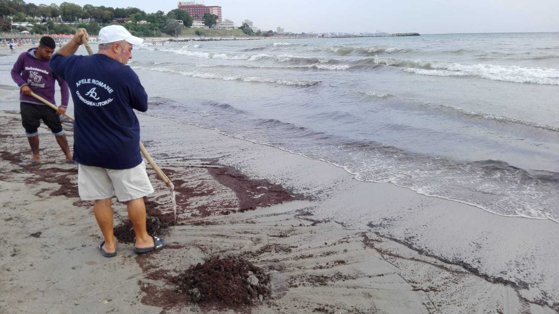 Oil pollution at Mangalia. A beach was closed

According to the manager of the beach, the Water Basin Administration of Dobrogea – Litoral (ABADL), employees of the Water Management System Constanta intervened between Monday and Tuesday for the purification of a part of the beach in Mangalia resort, where a pollution with hydrocarbons was reported.

"The employees of the Constanta Water Management System intervened around 2:00 am, with dumbbells and front loaders on a line of 250 meters along the coastline and 40 cm wide, with a thickness of 2-3 cm. beach completely cleaned and today (Tuesday) the employees of the Dobrogea – Litoral Water Basin Administration used coastal absorbent material for cleaning water from hydrocarbon irrigation, "ABADL representatives said.

After the intervention of the employees of the Constanta Water Management System, nearly 12 tons of polluting material mixed with sand was collected.

The first inspections showed that there was a hydrocarbon contamination of the water that was brought to the coast by the sea currents, so that the sand was polluted.

In this respect water samples have been taken and the nature of the contamination has to be determined.

The part of the beach in Mangalia that has been affected by pollution is closed and will be reopened after the effects of pollution have been removed.

"Furthermore, the area where the pollution was reported is still closed and it is constantly monitored by representatives of the Dobrogea – Litoral Water Basin Administration, which cooperates with the other specialized institutions, the Environmental Guard, the Directorate of Health and the Romanian Navy, to determine which is the source of the pollution, but also to reopen the beach as soon as possible, "claim the sources cited.

Iran expects countries in the nuclear agreement to protect the deal