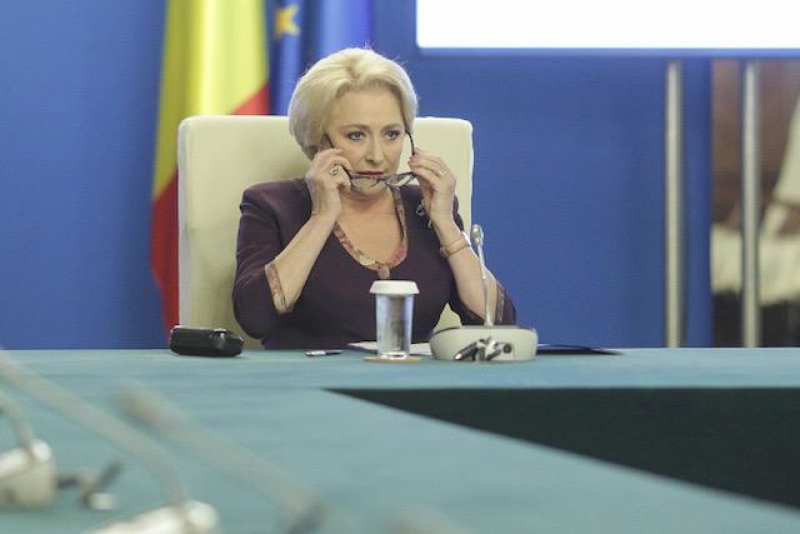 Minister of Foreign Affairs Teodor Melescanu asked Prime Minister Viorica Dăncilă to include the Romanian diplomatic corps at the Victoria Palace on Monday, help with "a building of the Foreign Ministry, not at 18 locations", with the answer that the Prime Minister refused and would make enemies, writes Mediafax.

At the end of a meeting at the headquarters of the government with representatives of the Romanian diplomatic corps, in the framework of the annual meeting of Romanian diplomacy, Minister of Foreign Affairs Teodor Melescanu asked the Prime Minister, for the dozens of ambassadors in the hall, to help build the ministry.

"I can not use this opportunity to ask the Prime Minister to help us that, 100 years after the Great Union, there is also a Ministry of Foreign Affairs building, not 18 locations." Thank you very much, "Meleşcanu said. in the applause of the diplomats present at the headquarters of the government.

Viorica Dăncilă said that if she refused, she would make her ambassadors "enemies".

"Your applause will tell you everything, if I say that I would make your enemies, we certainly need a building, we have talked to the minister, we will find solutions for this," said the prime minister, smiling.

Prime Minister Viorica Dăncilă asked the Romanian diplomats at Victoria Palace on Monday to have a "better reaction speed" and to send the government more analyzes regarding the economic evolutions in the states where they are accredited.

Read also: Augustin LAZĂR, LINSAT of PSD: "When Giuliani beheaded the mafia, Lazar served as prosecutor in the Ceauşescu regime"

"Foreign diplomatic missions have the role of messengers of the economic supply of Romania, the facilitators of the business environment agreements in the country of residence.You are the ones who use and help capitalize opportunities at institutional and company level.It is important that the doors Romanian embassies are always open to Romanian entrepreneurs who are interested in foreign markets, "Prime Minister Viorica Dăncilă said Monday at the government headquarters, where he met representatives of the Romanian diplomatic corps as part of the annual meeting of Romanian diplomacy. .

The prime minister asked the ambassadors to communicate more with the government.

"In addition to the constant availability for the business environment, I expect to work closely with other public institutions in your current work.In this respect, I would like to try to intensify the communication of the diplomatic missions with the members of the government on sectoral projects for the coordinated and more efficient operation of those areas where agreements can be concluded and new contracts signed, "Dăncilă said.

It also called them "a new way to approach economic diplomacy" and told them that a "better response" is needed.

"We need to modernize the diplomatic approach in order to better respond to existing challenges and opportunities, in line with the principles of the European Union, and with the development of new technologies and new ways of communication we can promote a new approach to economic diplomacy. The main advantage of membership of the European Union is that the economic and diplomatic interests of its members are based on their cooperation and not on the confrontation between them ", said the Prime Minister of the diplomats in the Victoria Palace.

"In the information you send constantly, dear members of the diplomatic corps, I would like you to include more analyzes of the economic developments in the states where you are accredited and concrete proposals on bilateral sectoral cooperation (…). of diplomats is to provide information on investment and export opportunities, as well as concrete support for business development in the country.I assure you, my ambassadors, that we closely monitor the work of the diplomatic missions.In March I asked the foreign minister to Analysis and evaluation of the work of the Romanian ambassadors abroad, the heads of missions and the general consuls, the same as I asked the Minister of Commerce, with reference to the activity of the external network of commercial attachés. aware of your work, "said Dăncilă.