Senator PNL, about the price of gas: has Vâlcov declared himself? PSD has been in power since 2012 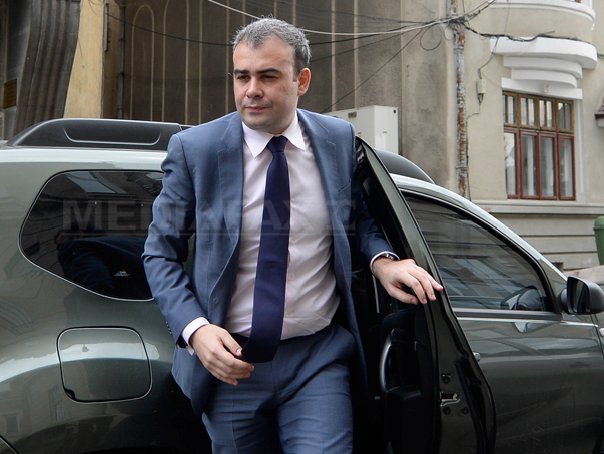 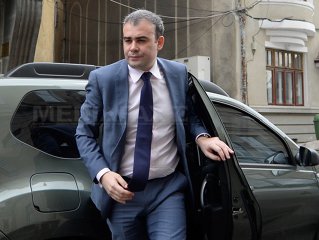 PNL senator Florin Cîţu asked Saturday whether the statements of the government advisor Darius Vâlcov about the non-updating of the gas price are self-declaration, since PSD has been in government since 2012.

"The confidant who was sentenced at first instance to 8 years' execution, throws all kinds of bangers in the public space, the one who has stolen public money for years (says a court) and (himself) condemns a mass murder. ANRM in 2008 Where is the robbery? The royalty is applied at this price So, because the reference price has not been updated, the royalty received by the Romanian state was lower, and here is the honest Darius Vâlcov and signs a signal "[19659003] The Liberal added that the National Agency for Mineral Resources (ANRM), which updates prices it is organized and functions as a specialized body of the central public administration, with legal personality, subordinated to the government and in the coordination of the prime minister, by a councilor from the Land. "

The senator of PNL further states that Vâlcov leaves some information on the subject, such as the price for consumers and natural and legal persons, and Citu also wonders why so far no measures have been taken to combat this" massive theft. " "to stop, in the context in which the Social Democratic Party (PSD) has been in power since 2012.

"What does Darius Vâlcov say:" What would the price have been for consumers, private individuals and legal entities if this reference price were updated? "- and more importantly – from 2012 to PSD, including Darius Valcov, was a massive robbery, why has he not done anything so far, these statements are self-declaration? I'm sure he's the prosecutors, but especially the Romanians, will explain why he did nothing in 6 years' reign in the criminal investigation of Darius Vâlcov said on Saturday that the money lost due to not updating the gas price in the period 2015-2017 is a criminal offense and the Price update must be made from 4 March 2015, according to Ciuţu., after a final sentence of the Supreme Court of Cassation and Justice

"The only thing that I have done is that when I received such information from the Na (NAMR) is to make it available to the public because it is a criminal offense to me, and as the law states, once you have become aware of the possibility of a crime, you have to announce it. That's what I did, and I think we need to discuss whether this $ 2 billion gap will be investigated or not, or will not be, or will pass, as we've been used to, and we'll get that money forgotten forever ", said Darius Vâlcov to Antena 3.

" It was a half-yearly report, the first semester of 2018, compared with the second semester of 2017, because when there is a new leadership at the ANRM in February, the price has been updated and we wanted to see what the effects were at the government level. And these are the following: In the first six months, this price was only applied for five months, the income was 432.6 million, compared with 315.6 million or 117 million more than five months compared to the previous year. So $ 30 million, you have forgotten that they have already been added, just because the order was updated in 2018, "added Válcov.

"When I saw the situation, I said, but now let's see what I lost because I did not update or what other presidents have not updated, especially since March 2015, right after March 4, 2015, there is a ruling, a final sentence of the Supreme Court of Cassation and Justice, which states that this price must be updated, "Válcov said.

Darius Vâlcov published on Friday four annexes of the National Agency for Mining (ANRM) to show the lost state money between 2015 and 2017 by not updating the price to the gas.

"Theft of 2 billion dollars, second part: for the me est suspicious we have four attachments. The first three show how much money the state lost in 2015-2017. The last appendix shows how the Dancila government halted the robbery in February 2018 and has already earned 117 million extra slate in just a few months. That is, $ 30 million extra in five months, "wrote Darius Vâlcov on Facebook on Friday evening.

Statements come because Darius Vâlcov filed a news memorandum on Thursday from the National Agency for Mine Resources (ANRM), which states that the state budget lost more than two billion dollars, due to the fact that the reference price for natural gas was not updated in the period 2006-2018

. "This is a $ 2 billion robbery. What would this money mean for Romania? All child benefits for 2 years. Or the construction of 10 large, fully equipped hospitals with 600 beds each. Or the construction and donation of 3 kindergartens in every place in Romania. Or the completion of the Ploiesti-Brasov highway, "wrote Darius Vâlcov on Facebook