SRI: there have been massive cyber attacks on some financial institutions in Romania 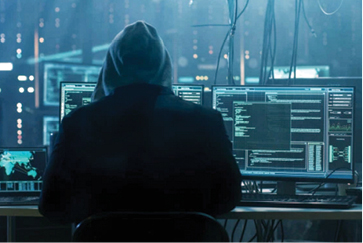 The Romanian Intelligence Service (SRI) announced Saturday that it has data and information, including technical data, that some financial institutions in Romania have had large-scale cyber attacks in June through the cyber-intelligence unit – the National Cyberint Center (CNC). August this year. Recently, other SRI partner institutions in their country have identified the threat of large-scale cyber attacks on various financial systems around the world, according to a press release from the DVI, according to Ecomomica. just, Agerpres takes over. According to the CNC analysis, hackers use multiple attack tools, including part of the Cobalt Strike arsenal, which are associated with an eastern cybercrime group. One of the methods that attackers use, SRI says, is to withdraw money, thus abolishing recording restrictions for bank accounts. The CNC has been monitoring the activities of the Cobalt Group for a long time. The attackers also use APT-Advanced Persistent Threat techniques to increase the number of cyber attacks, giving them access to computer systems and later finding ways to make access to the information accessible, SRI explains. Against these complex cyber attacks, SRI has already provided support to financial institutions to evaluate, attribute and mitigate their potential effects. The Romanian intelligence service also states that it offers its financial institutions expertise in the field of cyberspace protection