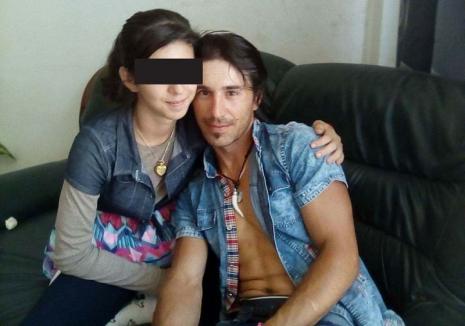 UPDATE 14:35: The 13-year-old teenager who escaped from the Minorities Center was found in Oradea on Wednesday morning around 1.50 pm. The IPJ representatives of BiH claim that the girl shows no signs of violence.

The police were warned after the girl left the youth center of Oradea where she had been interned.

"The national striving for a 13-year-old girl who voluntarily left the Oradea Juvenile Center, where she was admitted", said Aliphis spokesperson Alina Dinu of Bihor Police against Mediafax.ro.

Researchers say that this is the little girl who stabbed her grandmother in early August and then left home. Abigail was found after a search week in Oradea, but she refused to go home and was admitted to the minority center where she had left now.

The 13-year-old would have stabbed her grandmother because she had not left her in front of the block where her father was waiting for her. The accusations of the mother are shaky, her father and daughter would have a relationship and the child would have been in love with her parents.

According to ebihoreanul.ro the father of the adolescent is called Iulian Colta and in the life of his daughter born again in 2017, after almost 12 years. The man left her 17-year-old pregnant Anca, Abigail's mother, who raised her small daughter. He married another woman with whom he made two children, whom he left as Abigail. For this reason, Iulian Colţa was called to leave family behind.

"Abigail was looking for his father on Facebook, she reached the age of adolescence and wanted to get to know him, and I left her, I found nothing wrong with it, it was bad that he manipulated it in a sickly way," she told the ebihorean mother of teenage motherhood.

The woman is convinced that Abigail is being abused emotionally and sexually by her father. My mother says she was trying to resist the incestuous relationship.

"He told me that he had touched her, that they had sex, I went straight to the gynecologist, the forensic doctor and the police, where I complained about sexual abuse," said Anca, the teenage mother who disappeared.

According to the quoted source, the teenager told the researchers that he had "consented several times for the biological, oral and oral sex of the normal father", several times, the last time on September 10, 2017. The man then seduced her in the center Temporary town hall, where he sat with his wife and two children.

Anca, the teenager's mother, requested a protection order against Iulian Colta, but the court rejected her request on 8 November for lack of evidence.

"The witnesses, the former teacher and a former friend of the minor, have reported problems reported by them, as the girl's stories about the defendant's claims, and there is no concrete evidence," the judge said.

Later the man would have persuaded his daughter to come with him.

"She pulled her out of the Betelschool and moved her to the Cantemir School, but she taught her to escape the hours, smoke, remove all friends, remove her from all extracurricular activities.Abigail played several instruments, had good results and suddenly fell away completely They also contacted Julian's wife and neighbors to tell me they had to take action, that he was against the nature he is doing, and seduced it, and she can not distinguish, she follows. What should I do? I called the police, they told me to be patient, "the girl's mother confessed.

The father is accused by neighbors that he has been locked up in the apartment for more than 24 hours with his daughter. When Abigail's mother asked for help from the police and child protection, Iulian Colta and her daughter would have moved to a makeshift barrack.

Although the court found that the father "threatened the emotional development and mental health of the minor", the judge found no direct evidence that the husband had sex with his daughter, as the resolution of 23 July 2018 shows.