We see unsuccessful attempts every day to divide the party The president of the Social Democratic women's organization, Minister Rovana Plumb, says that what happens in the executive committee is something very common in democracy and shows that every member of the party can openly express his position in the legal forums where all decisions are voted. taken, and if they are not excluded, the Social Democrats will win the next elections. "A similar message was sent on Sunday by Minister Natalia Intotero, PSD Vice President, who said:" CEx has reaffirmed that the PSD is a unified party that understands its immense responsibility. " 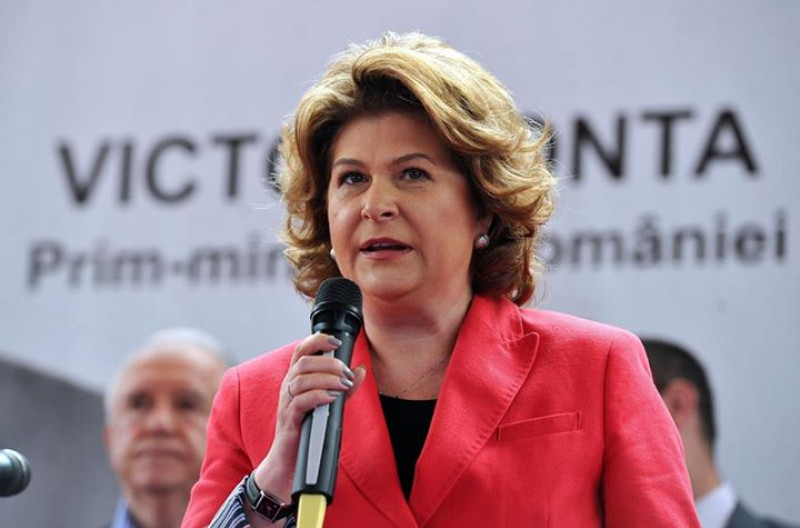 "Everything that has happened in the Executive Committee is something very common in democracy and shows that every colleague can openly express his / her position in the legal forums of the party." "In the PSD, all decisions are taken by vote." The majority has taken all decisions and respected them. We are united and determined to lead the government program to the end. If we do not divide and do what we have promised the Romanians, we will win the next election (…) We see unsuccessful attempts and challenges every day to divide this party, and from President Iohannis and from the side of the opposition, and other less visible forces, but we will not go into this political game of division, and Romania has more important goals to achieve, and all these political disputes are irrelevant to the citizens who voted us ", the minister of the European funds, Rovana P, Sunday a news release lumb, according to News.ro.

A similar message was sent on Sunday by Minister Natalia Intotero, PSD Vice President, who said: "CEx has reaffirmed that the PSD is a unified party that understands its immense responsibility."

"There were pertinent opinions about the implementation of the projects undertaken by the party, their stage and rhythm, and even if disagreements and punctual criticism were expressed, it is absolutely natural for a democratic and responsible party like PSD, but it is the responsibility of the government of Romania, so the progress of the governance program has been evaluated, openly debated both programmatic and public perceptions, the PSD is in good shape, it shows the figures and ratings of the country Social and economic developments show that the measures implemented Romania the right track, whether it is wages and pensions, foreign direct investment, which are on the positive side, but also export or GDP, but especially a shrinking government debt. The PSD has a busy agenda with strategic projects that need to be completed "Intotero forced.

She also claims that the PSD came to the government with an effective program and the results show that there are still many things to do, but that there is all responsibility and support for the things that have to be done. "CEx reaffirmed that the PSD is a unified party that understands its immense responsibility," Intotero adds.

The Social Democrats met in Neputun on Saturday at a meeting of the National Executive Committee, which lasted about six hours, and where the mayor of Bucharest, Gabriela Firea, made serious accusations to Interior Minister Carmen Dan, requested dismissal, but the proposal was rejected.

Gabriela Firea said at the end of the CExN that she had sent her colleagues a message from European Commissioner Corina Creţu, who said that EC President Jean-Claude Juncker and European Commissioners are worried about the situation in Romania and what happened on 10 August. She said that in the context in which she passed on the concerns in Brussels and the fact that the EU President would send a message on 18 September, at the PSD meeting, Minister Viorel Carmen Dan said that the responsibility of the prefect tried to endure ", essentially the public image of President Dragnea who proposed to save it." Firea also made serious accusations to Carmen Dan with the announcement that it concerned printed messages with discussions between the prefect of the capital of Speranţa Cliseru and the state secretaries in the MIA. Firea said that the Minister of Home Affairs had a personal problem with her and Clper's Hope, which he insulted.

Firea also said that the relationship between her and PSD chairman Liviu Dragnea is tense and that although she hopes to solve it, it is unlikely because Dragnea Carmen Dan does not want to change the position of Interior Minister.

PSD chairman Liviu Dragnea argued during the conflict between the Mayor of Gabriel Firea and Interior Minister Carmen Dan about violence at the meeting of 10 August that she understands the upset of Gabriele Firea, but does not agree with her. Dragnea said that her support for Carmen Dan is less important, and that the fact that the ECx meeting has chosen almost unanimously for the Minister of Home Affairs not to be fired is the proof that this should no longer be questioned. The PSD leader has emphasized that he hopes Firea will be upset, but that "talking about the prefect is three hours a lot".