Who are the two teenagers who were badly injured in Mamaia. They worked on the coast to help their families 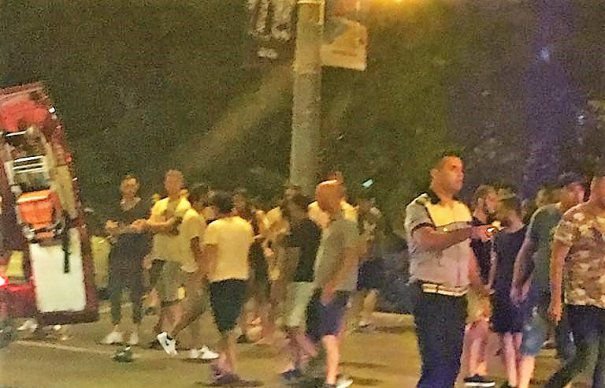 Two young men aged 15 and 18 from Vaslui were severely injured on Sunday evening until Monday after they were hit on a zebra crossing in Mamaia.

The two teenagers, Georgiana Alexandra H. and Cristi Marian L., worked as a coastal colleague with the intention to collect a knife for the new school year and to help their families. All their dreams have been shattered by a speeding and unconscious driver. The two were in the zebra crossing, two cars stopped to give way, and then the third car came up to speed, which completely struck them. The 15-year-old simply flew through the air, and the boy was on the road too. The driver did not brake and did not stop on the spot. The wounded were seriously ill in the hospital, where they received medical assistance. Doctors at the Constanta County Hospital and Constanta Children's Hospital said that the injured young people are in a serious but stable condition because they are admitted to ATI Reanimare, where they are stunned, transferring vremeanoua.ro.