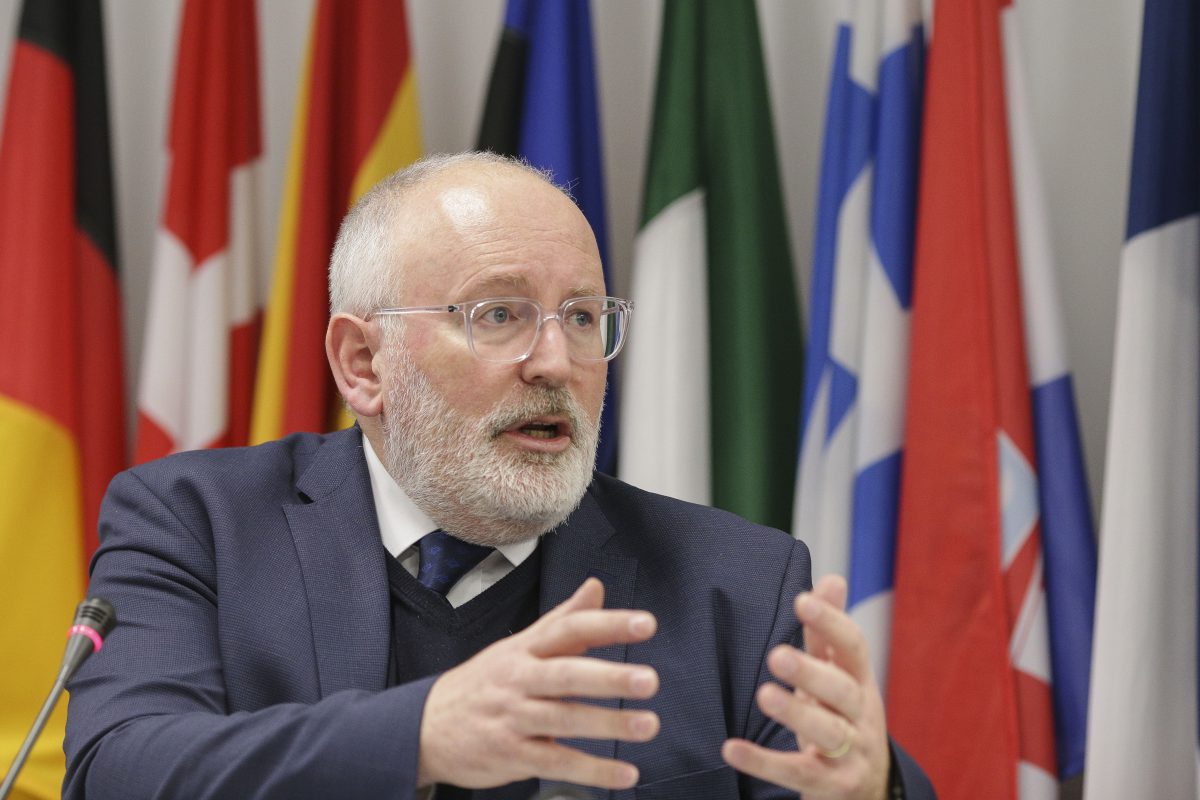 UPDATE: "Although some steps have been taken, the past 12 months have called into question the progress of the past decade or even the other way around," said the Vice-President of the European Commission at the beginning of the MCV report.

"We have added eight additional recommendations, essential to return to the previous situation, including the suspension of the implementation of the laws of justice […] It must review these laws and regulations and follow the recommendations of the Venice Commission and ours, "said Timmermans.

"Many have taken place in Romania, especially in the fight against corruption, the problem is that things have not only evolved over the past year, but they have also taken steps, but there is a strong movement that wants to push from what happens afterwards. , to continue the work, Romania is going through a difficult moment, but we should not despair and support them, "added the Vice-President of the European Commission. "It is a marathon and it would be a pity if the athlete would come back to run the other way", said Timmermans.

Asked whether it is a matter of triggering Article 7 against Romania, the official has denied this. "There is no Article 7 in Romania, look at the last 10 years that MCV has been in. We do not need any other procedure, we can handle MCV," said EC Vice-President.

On Tuesday, starting at 3:30 PM, the European official will hold a press conference at the end of the meeting of the College of Commissioners where the two documents will be discussed and the results will be publicly presented.

According to a draft report from the MCV, which appeared on the weekend, the assessment of Bulgaria will be much better than that of Romania.

The Community Director will demonstrate that Romania has met only two of the twelve recommendations (concerning the Prevention System of the National Integrity Agency and the National Agency for Indispensable Goods) and will add other extremely harsh recommendations.

In addition, the MCV report will also stipulate that Romania will not escape this mechanism. Instead, the MCV report will demonstrate that Bulgaria has carried out many more of the Commission's recommendations, but it is unclear whether it will provide Sofia with a clear perspective for the lifting of monitoring.

According to media sources, Romania will be obliged to immediately suspend the implementation of the laws of justice and subsequent emergency ordinances; to revise the rules of law with full integration of recommendations from MCV and those of the Venice Commission and GRECO; Immediate suspension of all procedures for the appointment and dismissal of senior prosecutors; refer to the appointment of the DNA chief prosecutor, who has demonstrable experience in investigating corruption offenses, and with a clear mandate for the DNA to continue investigating professional, independent and impartial corruption investigations.

The SCM should also immediately appoint an interim management team for the judicial inspection and appoint a new competition management team for the inspection within three months and the negative opinions of the SCM on the designation and rejection of public prosecutors with leading positions to a new legislative framework. enters into force in accordance with Recommendation 1 of January 2017

European officials have called on the Romanian authorities to take into account the opinions of the European forum.

"I am well acquainted with the two Venice Commission opinions on criminal codes and the laws of justice, and we ask the Romanian authorities to consider them." As the first Vice-President of the European Commission, Frans Timmermans, in the debate of the European Parliament: "Although the Commission continues to work with the Romanian authorities in the spirit of cooperation and in the context of the verification and cooperation mechanism, the Commission draws the appropriate conclusions such as the amendments to the Laws of Justice, Penal Codes and Laws on Conflicts of Interest and fighting corruption does not take these concerns into account, "said a spokesperson for the European Commission in response to Mediafax's request.

The European Commission's announcement came after the Venice Commission recommended Romania to re-analyze the system of appointing and removing high-ranking prosecutors in its approval published at the site of the institution, noting that, despite improvements, the projects law in the field of justice runs the risk of exerting pressure and undermining the independence of the judiciary.

The European Forum report also includes a recommendation to re-examine the reasons for the withdrawal of the members of the Superior Council of the Magistracy (SCM) and the "definitive cessation" of the early withdrawal scheme "if there is no guarantees can be given that there will be no adverse effects on the operation system & # 39;

The Venice Commission report refers to the amendments to Law No 303/2004 on the status of judges and prosecutors, Law 304/2004 on judicial organization and Law No 317/2004 on the functioning of the Supreme Court for the Magistracy. Changes in the legal package were contested by the same forum in July in the preliminary report.

In its opinion, the Venice Commission also expressed its concern about the draft amendments to the Penal Code and the Criminal Procedure Code in Romania. The institution shows that the changes have serious consequences for the efficiency of the criminal justice system and anti-corruption actions.

Reads: does Simona Halep have solutions after Darren Cahill's divorce? "Can not do without a coach"