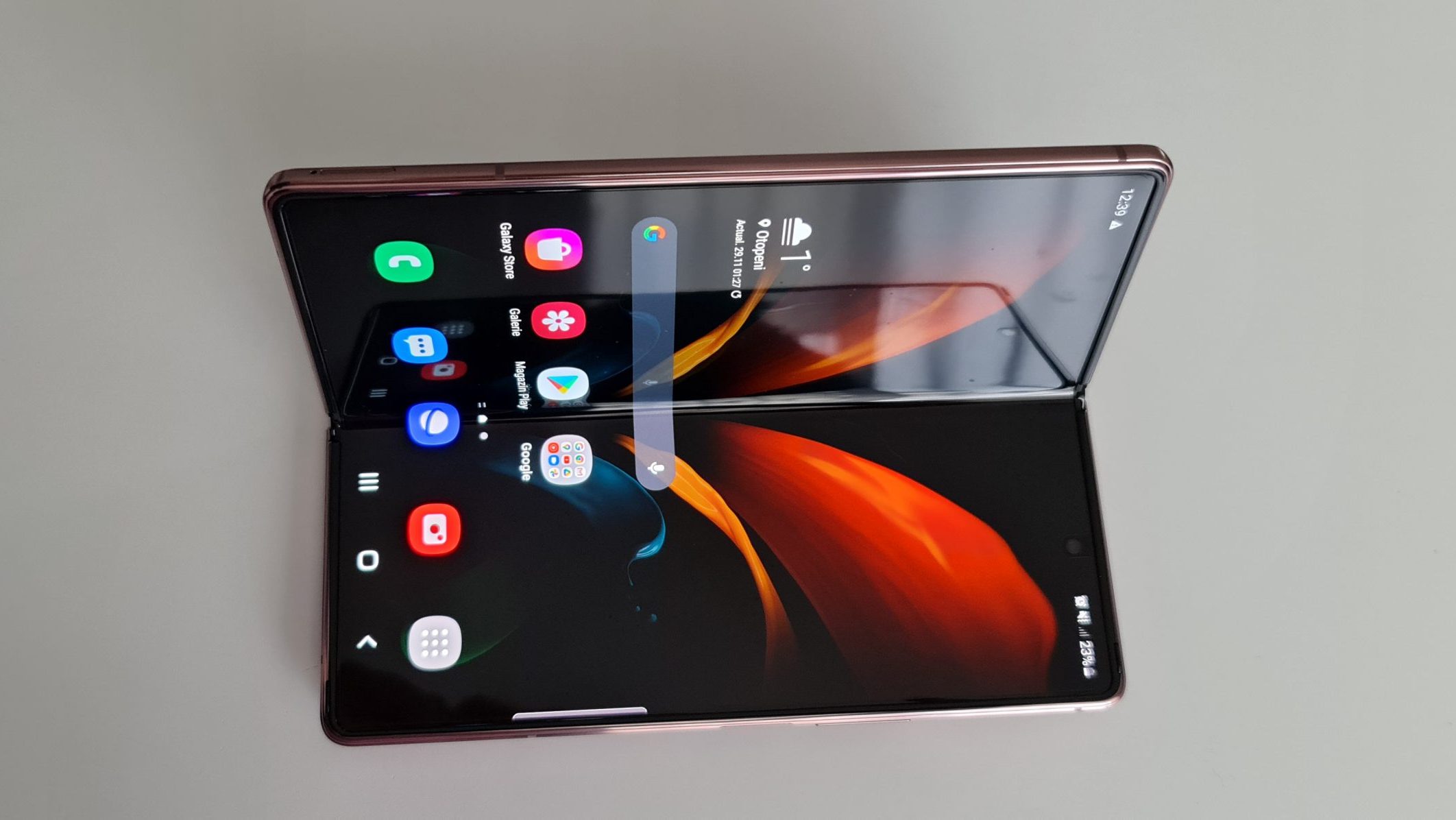 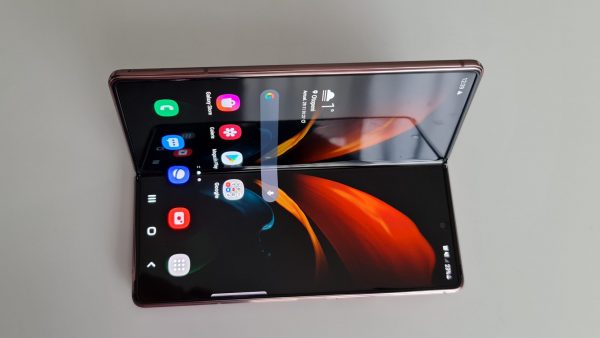 There are products that you like, that you want, but that don’t necessarily suit you. You know, a beautiful silk dress with a cut that doesn’t suit you or a special silver accessory, but you’re a golden fan. Well, that’s the way it is with the foldable phone of the Samsung Galaxy Z Fold 2. Last year I tested the Galaxy Fold and I quite liked it. But not as much as I loved Z Fold 2 this year.

Before Galaxy Fold, I had more than a month to use it. While I have been using Z Fold 2 for 2 weeks. Since the differences between the first model and the new model are not significant, it was enough time for me to test what I like and don’t like. So this article will be a subjective feedback rather than a review for an innovative product.

Since last year, we have noticed that foldable telephones are not for everyone. I explained this argument to you in a special video on the channel. Preventive, I repeat the idea here, however, if you don’t have time to spend on other materials. Phones like Z Fold 2 are aimed at users who want the latest technology in the market. It is for those who want to be different, for them the phone is a statement and budget is never an issue.

If you live on rent, you have an average salary from the economy and your parents still send you a package like in college, you are not the user to give money on such a phone. If you’re running a business, maintenance bills are your last concern, and if you’re going out on a date your phone should speak for you, you may need a Z Fold 2.

Samsung Z Fold 2 is not for me, but I know who it suits

Although I really like the new Samsung Fold, I don’t think it’s appropriate to buy it. In addition, it misses a few things that I have on the Galaxy Note20 Ultra 5G. It lacks water and dust resistance and the stylus that I use quite a lot.

The construction of the Z Fold 2 is much more sturdy and elegant than the original Fold phone. Samsung has paid even more attention to detail, finishes, colors. Especially when you get your hands on a Z Fold 2 in the shade Mystic Bronze, you will understand what I mean. The edges run smoothly and cover the secondary screen, and to protect the foldable screen from extended use, the manufacturer also added a set of gaskets to soften the shocks when folding.

I’m still between not wanting to have a secondary screen at all and accepting it as it is. In some situations, like for urgent calls, it fits. In other situations, especially those related to protection, it would be better not to exist. However, if we are strictly design wise, this time is the way to go. The display is no longer cut off, you no longer have black spaces where the content is not displayed.

When using the Z Fold 2 secondary screen, don’t be frustrated that the icons are overcrowded. The edges of the phone are special, with a matte look that does not pick up fingerprints anymore. In addition, the fingerprint sensor was what I wanted last year integrated into a button, like we have on the Galaxy Z Flip.

It seems much clearer to me. It also seems that the folding has been done to the end, so that the stripe in the middle does not stand out enough. Especially when you lie in bed at night and watch TV series on the phone, you do not notice the collapsible place. And if you read books online, so does the line in the center of the screen.

The content display ratio is still no different from that of a standard smartphone. You still have the black borders up and down, and I don’t think that’s going to change too soon. We must not forget that the manufacturer has marketed the technology of folding the screen and that content developers have to adapt the content.

What you can do to get rid of black borders is to give the full content. You can do this on both Netflix and YouTube. However, this decision will cut some of the content off and it is a compromise you make. But what I can guarantee is that serial viewing is all you could want.

If you love to watch movies on your phone, a Z Fold 2 will definitely conquer you. The video quality is exceptionally good, but the sound is also not inferior. You have two very powerful speakers from AKG, and often you don’t use the volume at 100%.

Samsung Galaxy Z Fold 2, instead of a smartphone, plus a tablet

If you use a tablet for work or entertainment, Z Fold 2 can replace it. So it will also replace the smartphone. This is because, unlike any other phone in the market, foldable devices can also be actual tablets.

Of course, it cannot replace a tablet over 10 inches. Yet the space available for multi-tasking is quite generous.

Some would likely say the tablet has a generous battery, often starting at 8000 mAh. Well, it is true that it is much larger and offers better battery life than the 4,500 mAh battery on the Z Fold 2. But we’ll get back to the small trade-offs you’ll want to make in portability, weight and extra care.

In the 10 days of testing, I charged the phone 3 times. I’ve only used wireless charging, I forgot because I didn’t charge a phone when it was plugged in. I watched series on Netflix, but also content on YouTube. I’ve been on social media platforms and still haven’t charged my phone for more than 2 days. The energy consumption, of course, depends on the style of use of each person.

Since the pandemic context quite restricts our exits from the house, I have not been able to test the rooms too much. I took some pictures at home, under different lighting conditions. If you are good at photography, you will certainly get good results with the Z Fold 2. But don’t expect the clouds to break.

The Z Fold 2 camera is the same as the one on the Note20, if you need to test or use it. Regardless, I think it’s really important how much you put on a phone’s camera because you might think it’s the right thing to do. In a normal month I take more than 1000 photos without restrictions. I am not a professional photographer, but I really value memories. And even if I don’t post photos on social media, I assure you I have thousands on the NAS.

The 4: 3 format I don’t see in which scenarios you could use it at the moment. That is why it is often good to set 16: 9 before you photograph something. If you are using the phone’s camera with the device folded, don’t worry.

An ideal phone for multitasking

For working from home it is ideal to work from such a phone. The keyboard is much larger, so you can type much faster. You can open multiple applications at the same time, which helps you to be more productive.

For example, if you received an email and you need to create a collaboration proposal on it, keep it open in the center of the screen and work out the proposal on the other side, especially if you are from the couch or from the bed works.

It lacks, as I said before, an S Pen. What you’ll find on the Note20 Ultra 5G as well as on a Tab S7 tablet. So from this point of view, each user should analyze whether we are talking about a minus or not. Maybe next year we’ll see a Fold with an S Pen. Especially because we hear rumors that the Note series will be combined with the S series, and Fold will also get the S Pen. But we will live and see.

Broadly speaking, these are my impressions of the Samsung Galaxy Z Fold 2. If you have any questions, feel free to write me in the comments.