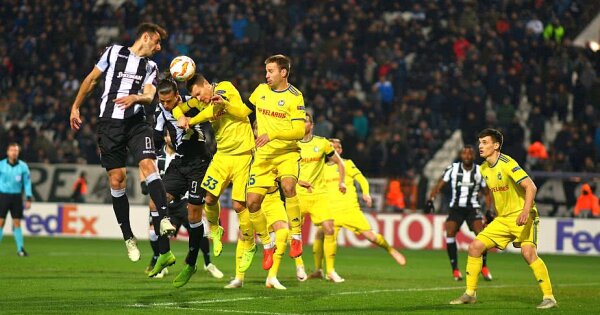 His team Răzvan Lucescu he needed victory on Thursday night to go to "sixteen" Europa League, although it only had three points after the first five games in the group. He was also supposed to get help from Chelsea, that is, a victory away with MOL Vidi.

More than 15,000 spectators came to encourage her PAOKbut their commitment was in vain. The Greeks were checkmate in the first half and BATE paused with an advantage of three goals.

Skavysh opened the score in the 18th minute after a center defeating PAOK's defense, Signevich raised the difference in penalty (42) and also kicked in the extra time of the first half. Razvan made two teams in the break and threw him to the Toca, but he could not change the game's fate.

Prijovic narrowed the opening (59) and the guests remained numerically inferior three minutes later after the elimination of Signevich. In vain however, the students of Lucescu did not have the strength to return the result and they ended group L in the last place with only three points.