“With what right do you ask for our vote?”

romania November 11, 2020 romania Comments Off on “With what right do you ask for our vote?” 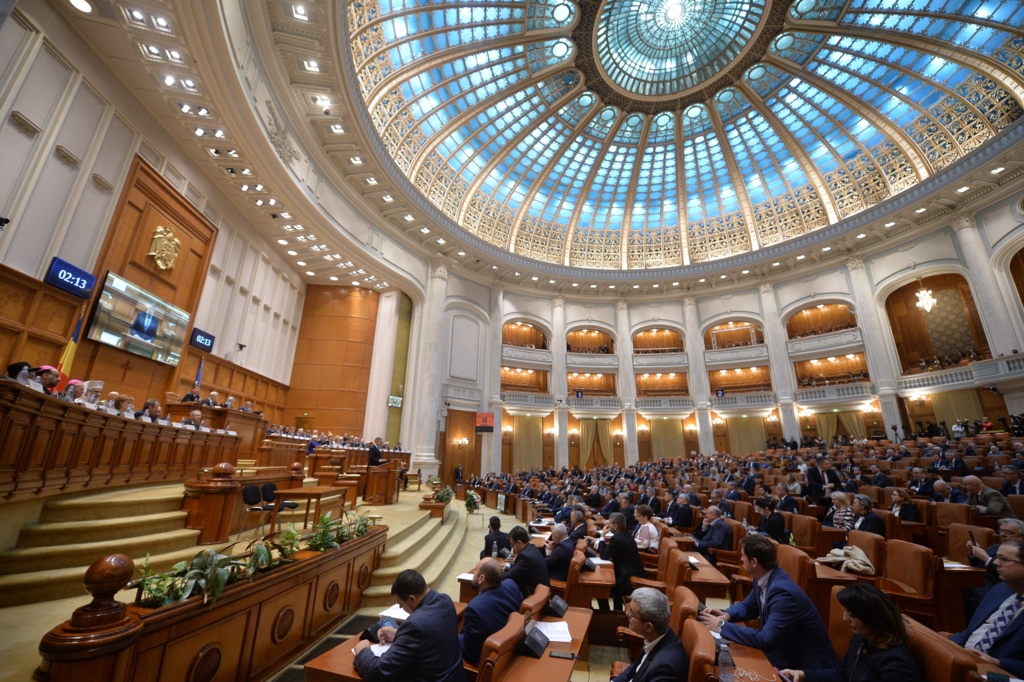 Entitled “Who is protecting us from the next ordinance 13?”, Personalities from the local public space address an open letter to the prospective delegates and senators of Romania.

The signatories to the open letter draw attention to the fact that Parliament is the sole legislative authority, and that the laws to be voted on in the next legislature will “mark our lives”, which is why the change should be initiated in this context .

We want you to tell us what you are going to do to deworm the public life and state institutions of the “criminal-academic fraternity”, of the forgers of diploma forgers, of plagiarism of licenses and doctorates, of mystifiers who invented false biographies to take positions. and dignity, in short, to obtain the voice of the Romanians through deception? ”Is displayed in the text of the document. In fact, the signers of the letter propose five solutions that would have the effect of clearing the deceptive space and restoring normalcy, namely:

1. Establishment of a National Register of Diplomas (RND);

3. Establishing the legal obligation for all employees of government agencies to make statements under their own responsibility, allowing them, under the criminal penalty, to assume that the study documents submitted for employment are authentic;

4. Establish a statute of the dignitary, similar to the statute for civil servants, which should contain the mandatory standards of ethics and integrity for those who stand for or are appointed to posts after the election process;

5. Introduction of the obligation to post CVs on the websites of public institutions for all persons in the public system who hold managerial positions.

We reproduce the text of the letter that opens:

Who protects us from the following ordinance 13?

You are at the start of a new election campaign in which you, the politicians, are preparing to conquer the voters and establish their hopes for another four years. But have you not forgotten an essential point in the program platforms with which you have just started the election campaign? So long as you don’t say anything about what you are going to do, what right are you asking us to vote on, so that the laws of years to come are no longer laws enacted by impostors and thieves in defense of deceit and theft? Who is protecting us, the voters, from the following ordinance 13?

For years to come, you will be the ones who, as Members of Parliament, the only legislative authority in the country, will propose and vote on the laws that will characterize our entire lives. We want you to tell us what you are going to do to deworm the public life and state institutions of the “criminal-academic fraternity”, of the forgers of degrees, of plagiarism of licenses and doctorates, of mystifiers who invented false biographies to hold positions. and dignity, in short, to obtain the voice of the Romanians through deception? What are you going to do with people with no qualifications and real skills, who have faked their education, bought academic degrees, and invented life episodes to simulate skills they never had? What will you do with those who manage this country’s budget and resources, who exert influence, promote laws, and make decisions that plunder and corrupt the society in which we live?

The poverty, greed and despair that have pushed millions of Romanians abroad is largely due to the impostors. For three decades they have unopposed a true spiritual genocide. In a country where counter-selection management has become the method of government – no matter how ungrateful, uneducated, or stupid those appointed to public office – we feel that an entire people is slowly dying. Counter-selection is Romania’s deadly disease, as it drains the reservoir of intelligence and morality that guarantees the strength of each country. It suppresses the elites and achievements of this country.

This disaster can only be stopped by political will and firm decisions. We therefore ask that you promote in your campaign the normative laws that regulate the implementation of the following measures and ensure that, once elected, you will adopt them urgently:

1. Establishment of a National Register of Diplomas (RND), managed by an authority subordinate to the Ministry of Education, to compile a computer record (database) that is accessible on the Internet to any interested person. The national register of diplomas must contain all study certificates issued in Romanian territory from 1990 onwards for secondary, university and postgraduate education, both state and private education. It is scandalous and unacceptable that the Ministry of Education has no control over the issuance of study documents in Romania, and only provides educational institutions with the physical support (paper) on which diplomas are printed!

2. Establishing the legal obligation for all employees of government agencies to make statements under their own responsibility, whereby they assume, under the criminal penalty, that the study documents submitted for employment are authentic. Employers should also be required to display on the website of each state institution the centralized lists containing the names of the employees and the identification elements of the diplomas. The studies of government employees must be public, as well as their assets, verified by a national authority, based on asset declarations.

3. Emergency amendment of art. 14 of Law 153/2017 (known as the Salary Law), in the sense of abolishing the doctoral bonus for all persons working in the public system, except those working in the fields of education, research, culture and health. It is imperative that the title of doctor returns to its natural meaning, to attest to academic excellence, not to the sign of social “success”! Such a legislative measure would put an end to the inflation of doctoral degrees obtained by people in completely irrelevant professions associated with such an academic title.

4. Introduction of the obligation to post CVs on the websites of public institutions for all persons in the public system who hold managerial positions. Also set up a unique resume model, with strict completion rules, for all persons working in the public system. It is outrageous that state institutions are run by people whose resumes are ‘secret’, rulers and politicians with biographies that cannot be verified by anyone. The obligation to complete a unique CV template would make it impossible to omit periods from the professional biography, or rename the institutions in which someone worked before 1989. Security is presented as “intelligence officers” when filing the application or when appointed to public office.

5. Establish a statute of the dignitary, similar to the statute for civil servants, which provides for the mandatory standards of ethics and integrity of those who stand for or are appointed to posts after the election process. Among the incompatibilities to be identified are criminal convictions for corruption or other serious acts (even if they have been granted amnesty), ongoing criminal investigations for corruption or other serious acts, as well as cooperation or membership in the repressive structures of the communist state, final established by a court.

Society, we, those who choose you, have a right to know that there is an efficient and unsanitary legal mechanism to control the competences and morality of those who will occupy the most important points in Romanian society. No one would get on a bus driven by someone who does not have a public transport driver’s license or is known to have forged a driver’s license. Do you think your constituents are willing to leave it to those who are not qualified in the position taken by deceit? The “deceivers,” the deceivers, are the ones who are pushing us into the abyss today. We can no longer silently witness the slow death of this country in their hands.