A new driving license was issued for the first time in the State Security Inspectorate – Moscow 24, 08.29.2018 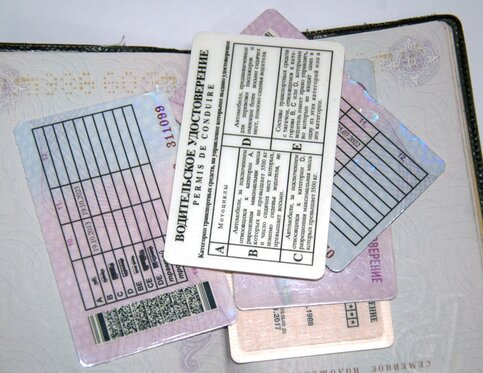 The State Security Inspectorate of Russia showed the face of new driving licenses for the first time, reported the newspaper Kommersant.

According to the newspaper, the helm icon appeared on the front of the cards that were equipped with a microchip. If you change the viewing angle, it changes from pink to green.

The inscription RUS is now applied with a special protective layer. The QR code will appear in the top left corner of the back of the rights.

"A distinctive feature of the new generation documents will be the availability of a microelectronic device in them, as well as a number of additional degrees of protection." These documents will be produced on a plastic basis, "the ministry said.

Another difference between the documents of the new Russian driver is lines in a foreign language. The inscription "Driving license" is duplicated in lilac color in English and French.

The appearance in Russia of driving licenses and certificates of registration of vehicles (STS) with a microchip was announced to the Ministry of the Interior on 22 August.

It should be noted that the issue of new certificates will have to be carried out in units that have the "necessary technical capacities" for their approval. Acquiring rights and STS only becomes possible after the creation of a suitable infrastructure. Exact terms in the Ministry of Internal Affairs gave no name.

In order to purchase chips for driver documents, the Ministry needs 35.6 billion rubles. The amount required will be allocated as part of the implementation of the guaranteed purchase plan for Russian civilian microelectronic products for 2018.

The state price for obtaining new rights is three thousand rubles, as well as 1.5 thousand rubles for STS. The amount of the fee for documents without microchips has remained the same. The drivers choose which type of documents they want to receive.

Earlier in the Ministry of the Interior offered to make an exam for obtaining a driving license more difficult by combining a "site" and "city" in one practical part.