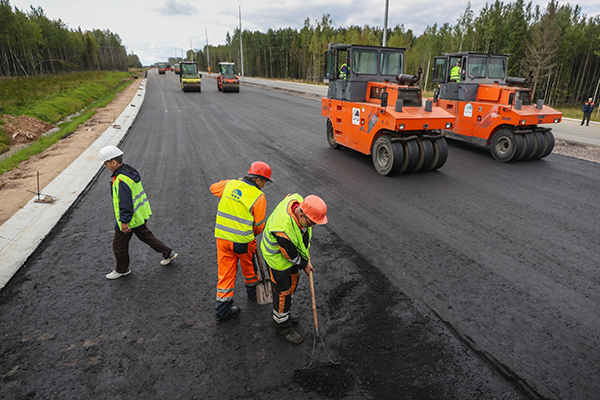 High-speed highway (VSM) Yekaterinburg-Chelyabinsk will also bring the GDP of the country 2.2 trillion rubles. Such calculations of the Center for the Economy of Infrastructure (CER) are led by the newspaper Vedomosti, owned by the family of Demyan Kudryavtsev.

It is predicted that the highway will produce GDP growth from the beginning of the construction and will attract extra money for the entire lifetime of the operation within the concession (from 2021 to 2034). According to calculations, the gross regional product (GRP) of the Chelyabinsk region with 0.9 trillion rubles, GRP of the Sverdlovsk region, will increase by 1.12 trillion rubles and the gross product of other regions due to the investment demand with 0.1 trillion rubles.

The greatest effect is expected in the phase of building a high-speed road, because the production of building materials and development services will increase. As a result, tax revenues and social insurance contributions will increase.

Russia is returning the Soviet future. It will be very expensive

According to Alexander Vysokinsky, deputy governor of the Sverdlovsk region, after connecting the Chelyabinsk and Yekaterinburg, the country is the third largest center of economic growth (after Moscow and St. Petersburg). Vysokinsky considers the calculations of the CER to be accurate, but conservative and hopes that the effect on the regional economy will exceed these forecasts.

According to the plan of the Ministry of Economic Development for the construction of the SCM Moscow-Vladimir and Yekaterinburg-Chelyabinsk from the budget will be allocated 350 billion rubles. The total costs of projects amount to 1.5 trillion rubles.