As a result of a collision of three cars in Moscow, a child was injured: Society :: RBC 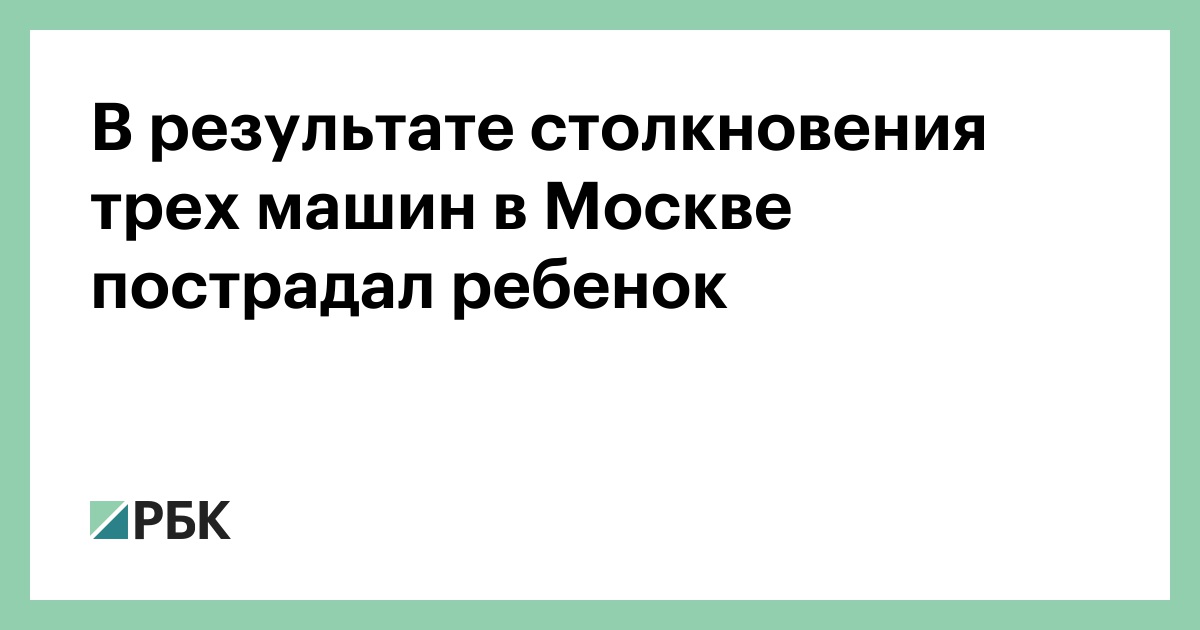 Three cars crashed on the outskirts of Moscow in north-west Moscow, the child was injured, RBC was informed in the press service of the traffic police in Moscow.

"On the 67th kilometer from the outside of the Moscow ring road there was an accident with three cars, and as a result, the girl of 2009 was born," said the press service.

Earlier, a representative of emergency services told RIA Novosti that six cars crashed on the outside of the MKAD. The interlocutor added that the accident occurred before he entered the Spassky Bridge.

The night before, a man died in the Chertanovo Severnoye in Moscow as a result of an accident in the tunnel. At the same time, three wounded.

August 19 in the center of Moscow there was an accident with eight cars. The Mercedes car collided with a taxi, after which they hit six parked cars. Two people were injured in the accident.