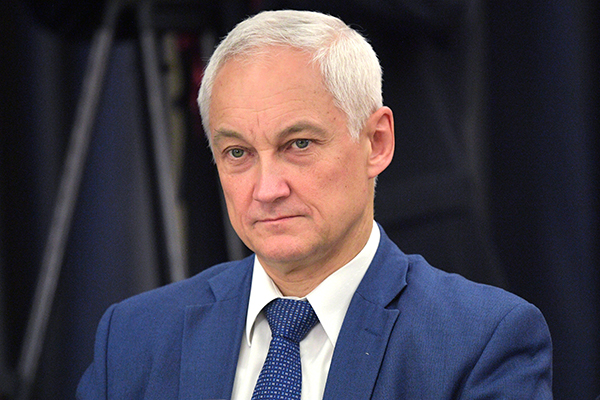 Assistant to the President of Russia Andrei Belousov, who had earlier proposed the deletion of the super profits of some companies for the implementation of the Decree of May of the head of state, reached agreement with their leaders, reports Interfax.

Belousov said the company agreed to voluntarily participate in priority investment projects for the state.

"The conversation was positive, it was very pleasantly surprised that the companies are actively ready to join the work on the public agenda in the next six years, which are the areas that directly affect the activities of the companies themselves: infrastructure, ecology, digitization, creation, implementation and dissemination of critical technologies that are at the forefront of world development ", said the president of the president after meeting with the heads of companies in the Russian Union. industrialists and entrepreneurs.

First Deputy Prime Minister and Minister of Finance Anton Siluanov, who participated in the meeting, added that the government will not increase the tax burden on companies from the Belousov list. Instead, they will be motivated by the direction in which they have to invest: "We have agreed that together with companies and colleagues from the company, we will develop measures to support investment projects that are of interest to the state and the business community. without any pressure on business. "

At the beginning of August, Belousov proposed annually to confiscate more than 500 billion rubles of super profits from 14 metallurgical, chemical and petrochemical companies and send them to implement the May decision of President Vladimir Putin.

Later the proposal was criticized by the leaders of those on the list of companies, as well as some ministers, including Siluanova.