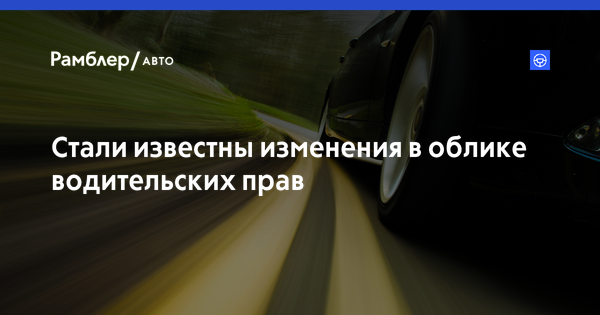 The Ministry of Internal Affairs of Russia has drafted a draft departmental order "On the driving license and certificate of registration of a vehicle with electronic media", in which the form of the driving license is changed. The document on Wednesday, August 22, was published on the federal portal of normative legislative decrees for designs.

The most important innovation is the introduction of rights with an electronic chip, which will record information about the drivers.

The appearance of the rights will also change. In particular, for the first time since 2009, when the current regulations came into force, the Russian driving license will have a clue in a foreign language. Now the name "driving license" will be translated into French (permis de conduire) and English (driving license) languages.

On the 23rd of July it became known that a law was being drafted in Russia forbidding a license for a driving license for a maintenance debtor.