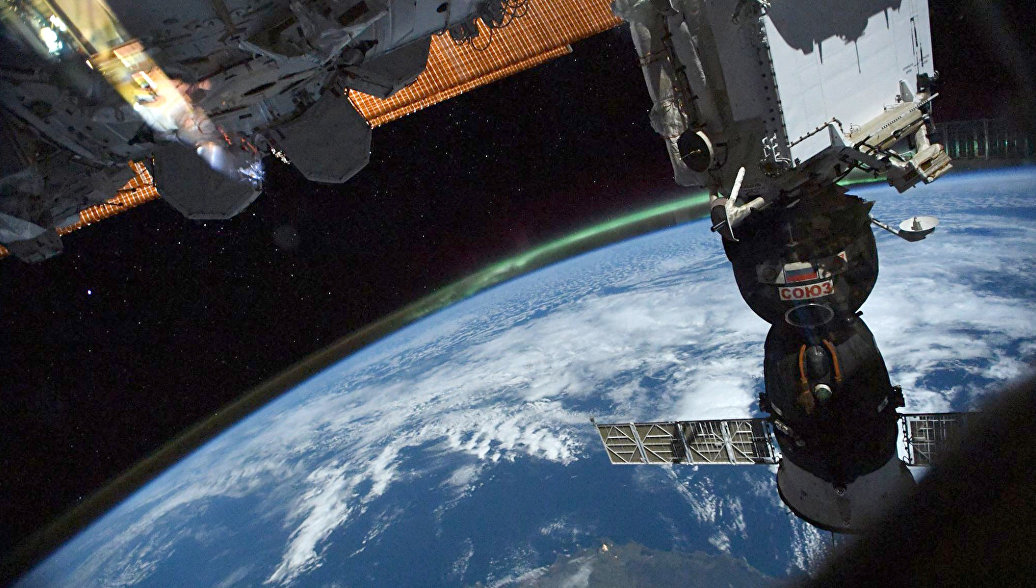 MOSCOW, September 18 (Itar-Tass) – RIA Novosti. Russian cosmonauts Alexei Ovchinin and Sergei Prokopiev will travel to space on 15 November 2018 to find traces of damage under the sidetrack of the Soyuz spacecraft, the first deputy general director of Roskosmos, Nikolai Sevastyanov, told journalists on Tuesday.

"The departure of our crew is scheduled for November 15. This is a planned exit, to which we add a task," said Sevastyanov.

As the executive director of Roskosmos remarked on manned programs, Sergey Krikalev, the cosmonauts will try to open the screen vacuum-heat insulation and micrometeorite protection of the Soyuz MS-09 spacecraft as an additional task, from the outside hole formed and evaluated for the presence of blackberries. In addition, Ovchinin and Prokopyev will try to find the remnants of sealant, with which the hole can be closed during production.

"We will try to reach this place, for this we will have to open the screen vacuum thermal insulation, antimetric protection and, if possible, also open it … The aim is to view the hole from the outside, as close as possible. " What will happen – let's see, "Krikalev said.

He added that the complexity of the operation is added by the fact that the household compartment of the ship in which the hole is found is not intended for outdoor use. Now the technology of extra-flying activity on the ground is being developed. Like the astronaut who had already flown, Krikalev estimated from his experience that it would take about two hours to investigate the "hole" in the "Union".

At the stage of assembly in the "Union" hull there was no opening, the source said.

At the same time, according to the director of Roskosmos, the astronauts at the station were ready for the situation.

"There is such a term" settlement contingency situation. "That is to say, the fact that we are starting to flow in the station is a non-stop, very serious, but this is a calculated non-standard situation. And because we" count on it ", we have a certain cyclogram that comes up and all means for liquidation, "- said Krikalev.

On August 30, the crew of the ISS found a hole aboard the MS-09 ship Soyuz causing air to leak out of the station. On the same day, on the advice of the Flight Control Center, Russian cosmonauts began to fill the gap hermetically, but the commander-in-chief, the American astronaut Andrew Foistel, was of the opinion that during the conversations with the earth of rushing, it is better to wait the next day, to make specialists think. In the Moscow region the MCC decided to act immediately and the cosmonauts successfully closed the gap.