Four people were killed in a fire in Ufa – Rambler / news 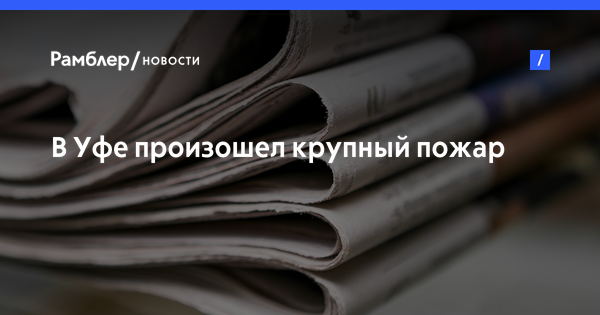 view:
EMERCOM of Russia in the Republic of Bashkortostan

Four people died as a result of a fire in a wooden house in the Kalininsky district of Ufa, the press service of the Bashkortostan investigation committee.

"A man working in the neighborhood called a fire brigade, and the remains of four people with traces of thermal exposure were discovered at the site of extinguishing the fire, and their identity was established," the message says.

According to preliminary data, 72 and 50-year-old owners of the house and residents of the Iglinsky district were killed – a 41-year-old man with a 13-year-old son who came to help build a new home.

The most likely cause is the closure of the wiring.

A preliminary investigation has been organized about the fact of the incident.

Earlier, Nation News reported that a fire in a building with two apartments in the Novosibirsk region killed a mother with three children.