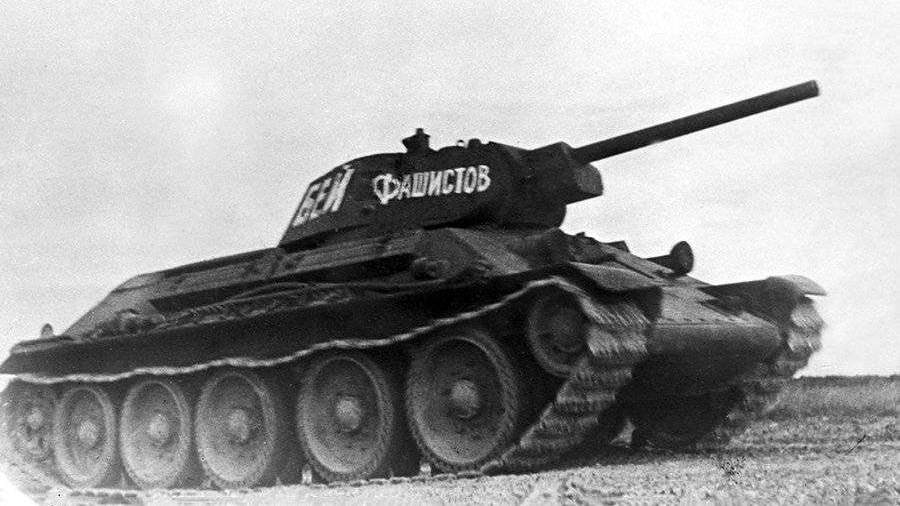 The Soviet T-34 tank was a real deadly surprise for the Nazi troops invading the USSR, writes the German magazine Stern.

German light tanks PzKpfw I, II and III were toys for the T-34.

"The T-34 undoubtedly had the most original design from the tanks of its time," writes the publication.

The 30-tonne Soviet machine had a beveled front armor of 70 mm thick. The magazine notes that the German standard anti-tank gun of 37 mm caliber could not penetrate the armor T-34.

The German tank PzKpfw III had a 50 mm gun. But even he had to bypass the T-34 from the side or from behind to successfully hit the "thirty-four".

The magazine calls it innovative for its time engine T-34, diesel V-engine B-2. The heirs of this engine are used in modern Russian military vehicles, such as the T-90, the publication notes.

T-34 – the Soviet medium tank of the Great Patriotic War. It was produced in series since 1940. It was the main tank of the Red Army until the first half of 1944, before the arrival of its amendment T-34-85.

The magazine National Interest wrote on 23 August that Russia does not need many copies of the new tank of the "Armata" type, because it is sufficient for the T-72B3 model.