"If the bear sees Putin, he will of course behave decently" 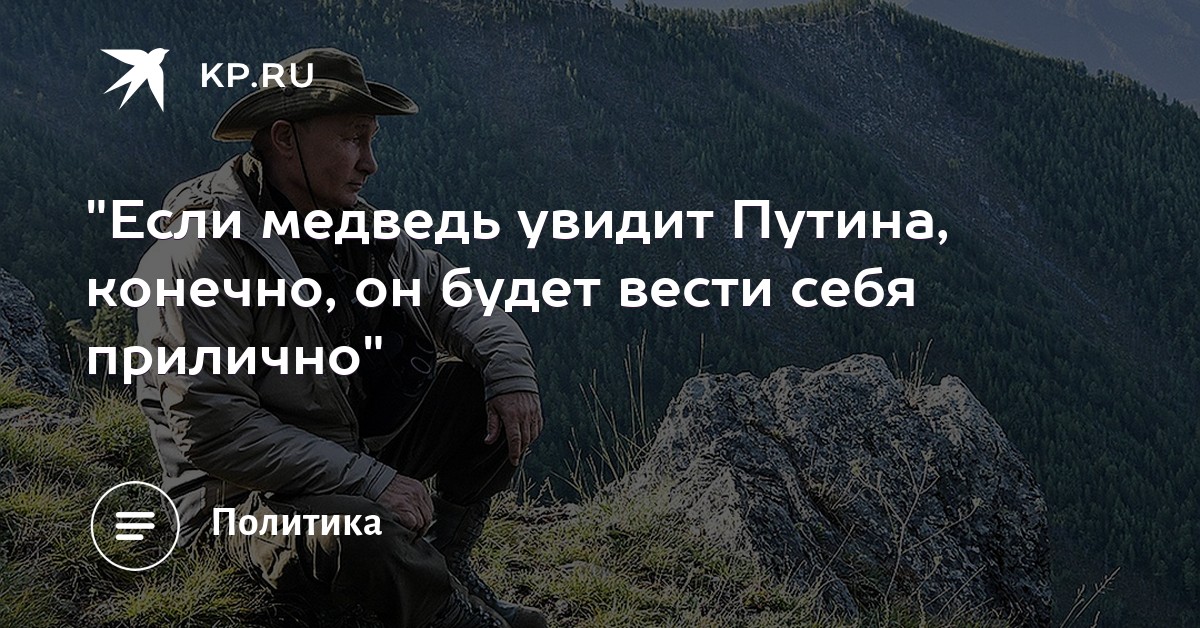 Press secretary of President Dmitry Peskov in the new program "Moscow. The Kremlin. Putin"told some details about the latest events in the president's schedule."KP"leads the most interesting fragments of the conversation.

Putin ruled until the last moment

– The president is flexible in his schedule, he responds immediately to changing circumstances, whether it be domestic or international affairs. For example, his decision to address people about pension issues. This decision was taken immediately by him, he announced it and the next morning we wrote it down. Putin himself worked on the text, he ruled until the last moment.

The president had a lot of respect for Kobzon

– Putin is always filled with the deepest respect for Kobzon. After all, Kobzon was also a politician, he always used every contact with the president to ask some energetic questions: about helping people, about initiating some processes to teach patriotism. He has never exhausted energy. Even when he came to the president and it was clear that he did not feel very well, this did not affect the level of his energy. The last was in the Kremlin when Putin congratulated him on his birthday and gave him a bronze bison. Everything was very warm, Kobzon treated with humor similar gifts. Probably, so in a friendly way it will stay in everyone's memory.

The consequences of Zakharchenko's murder will still be

– Tragic news – death as a result of the terrorist attack Zakharchenko. A courageous man has died, he has been treacherously killed, the consequences will be inevitable and difficult. This practice of terrorist acts continues Donbasit does not contribute to the implementation of the Minsk agreements, which complicates the situation.

Putin swims a mile every day

– The filigree of the president deals with his emotions, it is not always possible to understand how he perceives an event. Although he perceives the tragic events with pain, it is felt. He is a very humane person.

Putin goes to work regularly, this costs him about one and a half hours a day. Every day, when there is a possibility, he swims his kilometer. A normal person is a big physical load. And in the hall is engaged and plays hockey. So for example on Saturday after "Sirius"In the SochiAfter a detailed meeting of the council of guardians, he played hockey late in the evening, and in the morning he was in Moscow.

– The president has a full weekend that simply can not be by definition. No matter where he is in the country, he always fulfills his duties – modern means of communication and transport allow him to do so. If you can call two days and call one at night, then he had one week ago. But these were working days. They walked a lot in the mountains – five hours each, but at a height of almost two kilometers. It is difficult to breathe there, but to walk up and down for hours. They saw different animals there, for example, ibex, the most fearful in the world, when they saw Putin, they did not run away. How someone joked – recognized. In this case it is a wild nature, there go bears, there is even security in case you are going to arm the right way. Although if the bear sees Putin – that he is a fool? – Of course he will behave decently.