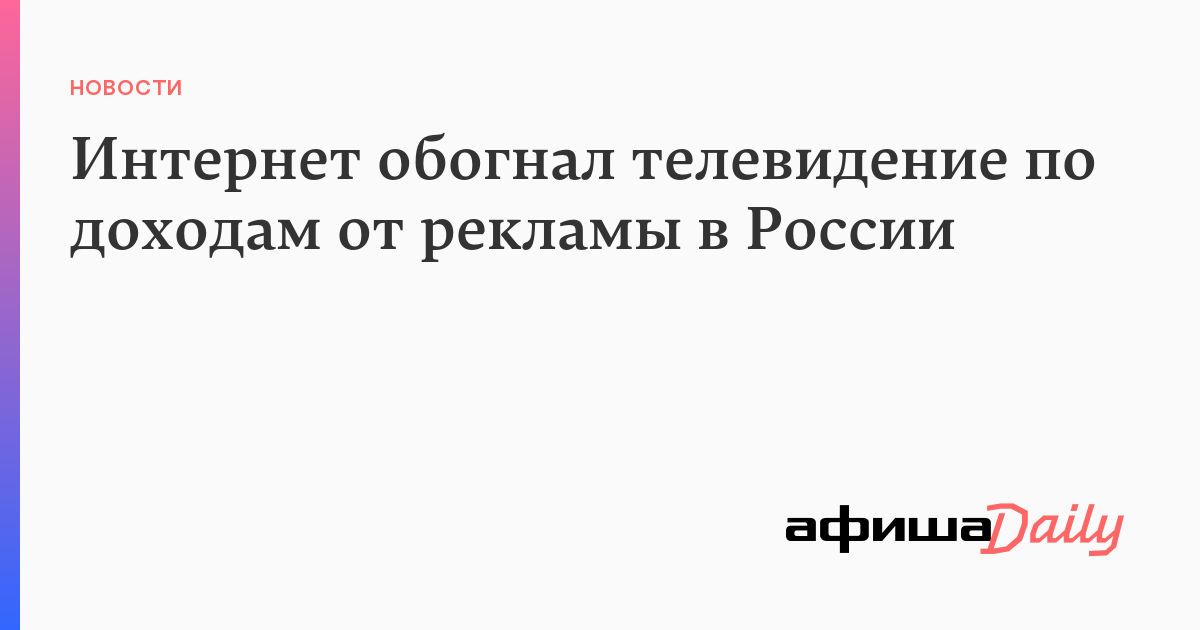 According to the results of the first half of 2018, advertisers spent on internet promotion 91.5 billion rublesand on television – 91 billion rubles. For example, the internet became the market leader for the first time in terms of advertising revenue in Russia, Vedomosti writes on the basis of data from the Association of Communication Agencies of Russia (ACAR).

"For the first time, the Internet was leading, a bit ahead of the TV segment due to the cost of advertising, which was quite anticipated and predicted, given the dynamics of TV (13%) and internet (21%). these two media segments are quite close together, each in the advertising market has a share of just over 41% ", according to the co-chairman of the ACAR Sergei Veselov committee.

All news "Billboards Daily" is included in our special telegram channel. Go there and you!