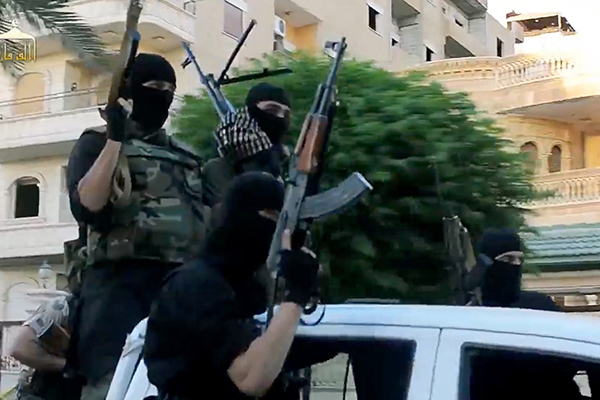 The & # 39; Islamic State & # 39; (IG, a terrorist organization banned in Russia) took responsibility for the attacks on police officers in Chechnya. This is reported by the publication SITE with reference to the agency that is associated with the IG Amaq.

The information was indirectly confirmed by the Minister of the Chechen Republic for national policy, external relations, press and information Dzhambulat Umarov. In an interview with TASS he noted that the IG programs have developed to inspire adolescents with the ideas of extremists, because the ranks of militants are very young guys. According to him, all attackers in the police were minors, the eldest of them 16, and the youngest – 11 years.

Press secretary of the head of the republic Alvi Karimov reported that the adolescents could act on behalf of foreign countries: the unknown people brought them into turmoil on social networks.

He rejected the information that appeared in the media about a series of attacks: according to him there was one group of three people in the city of Shali. Members stopped two police officers; at this moment the life of the guards is not in danger. One of the raiders tried to commit an explosion himself, but survived and was admitted to the hospital.

It became known on 20 August about attacks by teenagers on police officers in the Chechen Republic. After a while, the head of the Republic of Ramzan Kadyrov said in his telegram channel that the situation in Chechnya, where attacks on policemen were committed, is stable.