Naked and not funny. Stavropol judges check out scandalous video with their colleagues 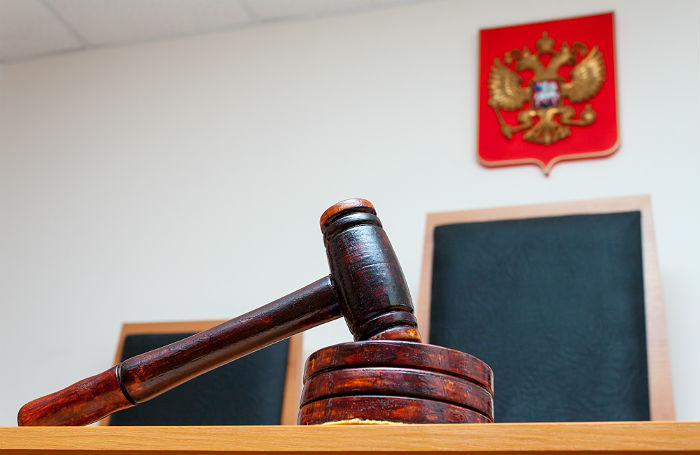 Yuri Makarov himself – the alleged hero of the video, in which a naked girl in his company buys a bottle of water at a petrol station – has already stopped and gives contradictory explanations

President of the Oktyabrsky court in Stavropol Yuri Makarov resigned after publishing a video with a naked girl at a gas station. The Judges' Qualification Board unanimously supported the decision of Makarov himself, who continues to insist that he is not included in the box. The naked truth must be exposed through the verification, which the panel still started.

In the purpose of the security camera, the gas station came, as they say, a man & # 39; very similar & # 39; on the president of the Oktyabrsky district court of Stavropol, Yuri Makarov, accompanied by a naked girl. The video has already made noise in the network. The white Mercedes is approaching the gas station, a completely naked blonde and a man shooting a companion on the phone comes out. The lady enters the hall without confusion, buys a bottle of water (champagne, about which some media write, is not sold at gas stations) and goes back. The operator follows her.

The color, brand and numbers of the car coincide completely with the data about the car of the judge, and it is difficult to deny the external similarity, but Makarov is adamant: "I am not! Even my wife looked and confirmed that it was not I. According to unofficial data, Makarov tried to justify himself by being avenged by bad guys, whom he had planted for 16 years – what a coincidence – exactly 16 years ago they found a network in the network video with a similar on the court a man and began to retaliate.

According to another, also unofficial version, to colleagues, Makarov admitted that he was at the gas station. The nudity judge reportedly took the naked on the road (she had a fight with friends and had to buy something naked), the conditions of the dispute were met and the person who accompanied Themis took the lady back to people with a dubious sense of humor.

Colleagues promised to understand. That is what Business FM said, the president of the Regional Court of Stavropol Eugene Kuzin:

Little is known about Judge Makarov. According to Stavropol's media expert, Daniel Arakelyan, he carried out serious but non-conspicuous cases. Quiet, modest, according to court standards, so generally a clerk, says Arakelyan:

The decision to voluntarily resign can be very pragmatic. According to lawyer Suren Avanesyan, a number of privileges remain for a judge who voluntarily resigns: immunity, benefits and other pleasant bonuses, to life-long monthly payments up to 80% of a fairly large legal salary. However, this photo is somewhat overshadowed by the fact that the verification is still ongoing, says Avanesyan:

However, the check can not reveal anything. In this context, the expression "do not judge, let's not judge" sounds like a good deal.

Add BFM.ru to your news sources?