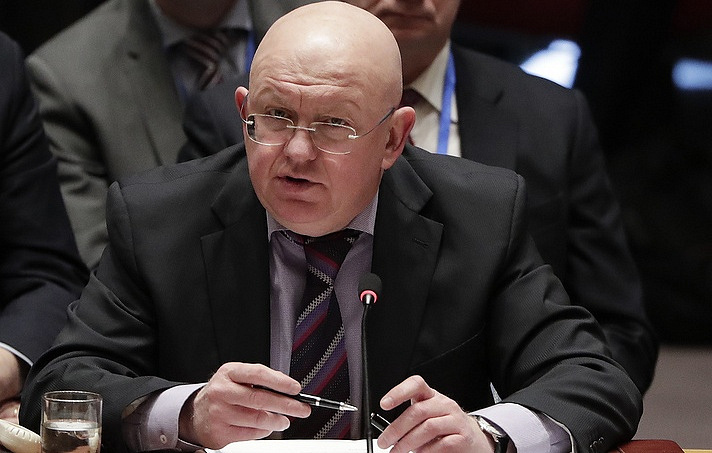 UN, 24 August. / TASS /. The Permanent Representative of Russia at the UN, Vasily Nebenzia, stated that attempts by some armed groups in Syria to "undermine" the functions of the government and arrest members of the "Islamic State" (a terrorist organization, banned in Russia ).

Speaking on Thursday at a meeting of the Security Council on threats to international peace and stability as a result of terrorist acts, he drew attention to the fact that "in parallel with the military defeat of IGIL (the former name of the IG), the problems to bring radicals to justice should be dealt with as effectively as possible. "

"In this context, we must address the issue of the inadmissibility of attempts to subdue the functions of Syrian state structures engaged in the fight against terrorists," said a senior diplomat. "As stated in the report of the Secretary-General, some armed groups carry out arrests of members of the IGIL together with government forces."

The Permanent Representative also stated that although the multinational world terrorism collapsed, the "Islamic State" finds new means of existence.

The "Tower of Babel" of the world terror fell apart. However, IGIL cells remain & # 39; one language & # 39; speak and coordinate with each other successfully, & # 39; the diplomat paraphrased the biblical tradition, speaking at a meeting of the Security Council about threats to international peace and stability as a result of terrorist acts.

According to him, after inflicting damage on the system of smuggling of hydrocarbons, terrorists concentrated on new sources of financial and material technical supplementation. "The facts of speculation on stock exchanges and the desire of terrorists to invest in the legal sectors of the economy of a number of countries have been established," he said. "Igilovtsy actively invests in tourism and hotel companies, agricultural and fish farms, pharmacological and construction companies." The group also continues to fight for control of drug trafficking, including from Afghanistan, the permanent representative of the Russian Federation.

Nebenzia also recalled that the Russian delegation, during the discussion of the previous report of the UN Secretary-General on the fight against the IG, drew attention to flagrant violations of the arms embargo on terrorists. "The question remains how this gang of villains has formed an arsenal of weapons that has made it possible for seven years to withstand the worst armies in the world badly or badly," he said.

"In the current report the situation is presented as if the ISGIL-hunters are only satisfied when they are at hand – they rob the warehouses in the confined areas and make home-made explosives," Nebenzia drew attention. In reality, he stressed that the terrorists can only make a small part of the weapons and only their most primitive models artisanal. "Gathering evidence for the delivery of arms from outside, also through semi-legal structures or even under the auspices of the special services of individual countries," confirmed the Russian Permanent Representative. "We expect to discuss in detail how we can solve this problem during the international conference" Countering illegal arms transfers in the context of combating international terrorism ", which was organized in Moscow on 3-4 September this year," he concluded. .