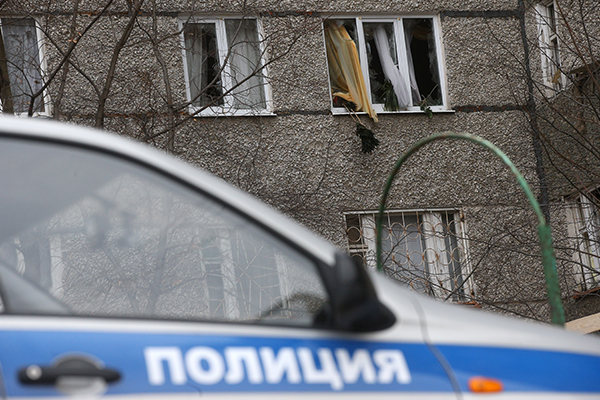 A resident of Perm murdered his 49-year-old neighbor, Marina, who appealed to the police eleven times because of his threats, but she was not given permission to initiate a case, family members of the deceased told 59.ru.

The murder took place on the stairs on May 10, when a woman left the elevator with her elderly mother Lydia Vladimirovna. The man threw himself at them with a knife and a rubber hose, threw the pensioner down the stairs and killed her daughter.

According to Lydia Vladimirovna, the conflict with a neighbor lasted from 2004, in 2008, he defeated Marina because of a dispute over waste. The court imposed a fine of one hundred thousand rubles, which he did not pay according to the mother of the deceased. At the same time the man started to behave even more aggressively. "At that lawsuit he told us:" I will spread all of you on the wall. "He told me he would send me to the cemetery, the judge did not respond," remembers the pensioner.

Marina's husband, Vladimir, told the publication that the district police officer did not respond to all statements made by his wife and said that he had no time and was busy. When the man threatened to complain to the management of his own security (CSS), the police agreed to talk to a neighbor, but it was even more bitter. "Neighbor cut our telephone wires, broke the mailbox, he harmed, the district police officer laughed at all this and offered to" come to terms with each other "," added Vladimir.

The case of a man was started against a man (Article 105 of the Penal Code) and death threats (Article 119 of the Penal Code). During the trial, he said that Marina was a woman with a conflict, and when they met at the elevator on May 10, the woman began demanding hundreds of thousands of rubles, allegedly threatened with police contacts.

A criminal case of negligence, leading to the death of a person (part 2 of article 293 of the Penal Code) was brought against the police officer.