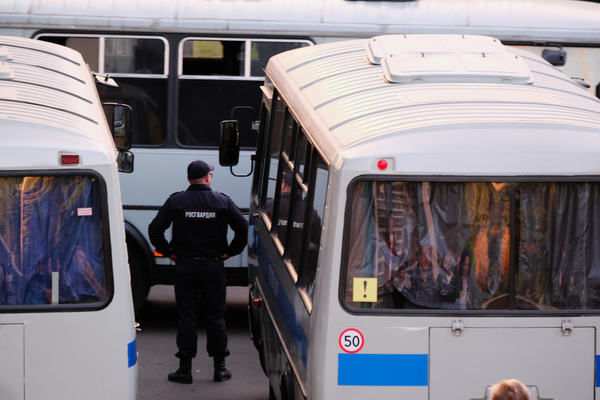 A group of unknown people tried to attack a military train at a train station in Transbaikalia. As a result, one of the attackers was shot dead by the sentry, the rest managed to escape, reports Interfax.

"Military, who carried out the task of the sentry as part of the guard guarding the military echelon at Petrovsky Plant station, applied weapons to a group of unknown persons who had violated the border of the post and tried to attack the guard. On the warning that sentinel and warning flew into the air, the unknown did not respond, "said the Eastern Military District in a statement.

It is noted that the use of weapons by the sentry on the post corresponded to the provisions of the Charter of the garrison and the Guard of the Armed Forces of the Russian Federation.

Earlier on March 24, 2017, it became known that a group of armed men had attacked the checkpoint of the Rosgvardia regiment in Chechnya. It was reported that during the firefight six militants were killed.