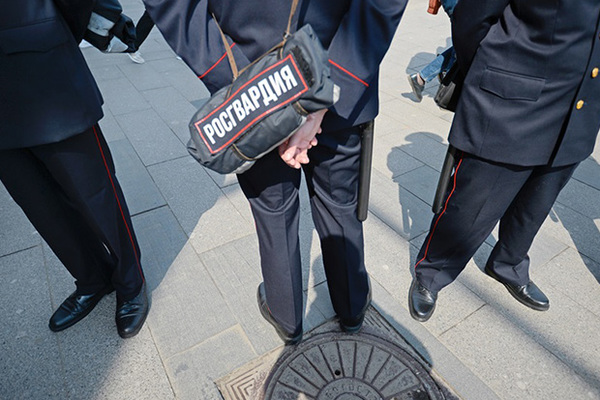 The employee of the special center of FSUE "Okhrana" Rosgvardia Dmitry Yakobson, who is in hospital due to a serious injury, got a shootout in "Moscow City", charged with vandalism. About this on Wednesday, August 22, writes the newspaper Kommersant.

Investigator Levon Aghajanyan came specifically to the wounded man, but he refused to confess and testify, referring to the poor state of health. The spetsnazovets, who fought in Chechnya earlier, after the events in "Moscow City" took place on crutches. After the completion of the investigation, he was released under a written commitment not to leave the place.

Similar charges were filed against the employees of the ChOP Kirill Titorenko and Platon Koid. The last hooliganism was posthumously charged, because he was killed during a firefight.

The publication notes that the position of the investigation changed dramatically: earlier in the case, guards of former shareholder of Wimm-Bill-Dann, Gabriel Yushvayev, Magomed Ismayilov and Eldar Khamidov, who were believed in the UK, led to a gunfight .

Now the investigator thinks that the incident took place due to the guilt of Titorenko, Koida and Jakobson, who guarded authoritative businessman Dmitry Pavlov, nicknamed Pavlik, who celebrated his 55th birthday on 17 November 2017 in the Crystall Ballroom on the fourth floor of the Oko Tower in the city of Moscow.

The cause of the conflict was served by a wrongly parked Mercedes car. Titorenko, "demonstrating in all possible ways" that he is "the senior in the group", spat in the direction of Eldar Khamidov and then took out his weapons, said the researcher Aghajanyan. Titorenko and Yakobson "began producing countless shots" from their weapons "with the aim of causing bodily harm" and "suppressing the resistance" of Ismailov, Khamidov and those who were with them.

Defense lawyer Rosgvardia Anton Gostev pointed out that Khamidov was the first to shoot at Yakobson, who demanded to stop the fight. The bullet hit the command in the stomach, he fell and lost consciousness. "How could he shoot, let alone hide?", Asked the lawyer.

In Rosgvardia also insist on the innocence of their employee, the investigating committee and the attorney general relying on an objective investigation.