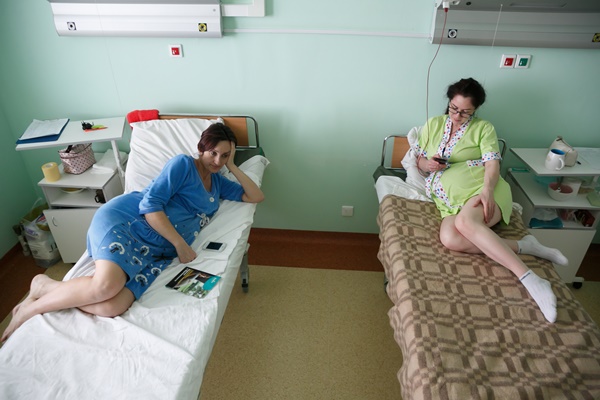 Pregnant women, breastfeeding mothers and minors in pre-trial detention reduce the diet. As Ivan Melnikov, executive secretary of the Moscow Joint-Stock Company of Moscow, indicated, information about the reduction of the ration came from prisoners. "There were calls from women from SIZO-6 that they had been abolished from April", reported Kommersant.

The FSIN explained that this was done on the basis of the April government decision. The document in question changes the decision on the dietary standards of detainees and convicts in the SIZO and IVS. In particular, the so-called additives for the standards of nutrition are eliminated. In the past, minors were supposed to use 15 grams of cheese and butter, as well as 10 grams of sugar per day. Women received two extra bread, a glass of milk, 100 grams of vegetables, 50 grams of meat, 40 grams of butter, 50 grams of cottage cheese, a handful of dried fruit and an egg a day.

Children's Ombudsman Anna Kuznetsova intends to request explanation from the bureau. "Irrespective of location and circumstances, children must receive the full necessary diet, this is their legal right", she emphasized.

In the HRO, new food standards were called a surprise, TASS reported. "We were not aware of these changes in the normative act, we are very surprised," said the head of the organization, Mikhail Fedotov. – Additional feeding for pregnant and juvenile animals should not only be kept, but for minors it should be increased by equating it with the dietary standards in the educational colony, which is higher than in the SIZO. "