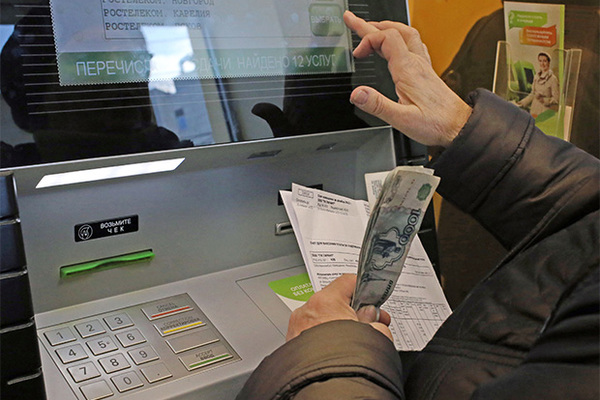 The Department of Energy did not agree with the proposed earlier version of the variant of the Ministry of Economic Development of rising utility fees. Deputy Minister of Energy Vyacheslav Kravchenko proposed to index them in 2019 with a total of almost six percent, reported RIA Novosti.

"The Ministry of Economic Development offers indexation at 2.4 percent, which is lower than inflation, and suggests indexation from July on inflation, four percent in line with previously adopted decisions," the official said.

According to the plan of the Ministry of Economic Development, the rise in utility prices in 2019 would be in two stages: the first since 1 January in connection with the increase in VAT, and the second – traditionally since 1 July. In January indexation is proposed with 1.7 percent and in July with 2.4 percent.

The department wanted to ensure that the aggregate growth of citizens' allowances remained in the previously accepted limits and did not exceed target inflation. & # 39; The Ministry of Energy proposes an option that exceeds current inflation.

The Ministry of Economic Development previously emphasized that the tariffs in 2017 and 2018 were indexed by four percent, despite the fact that real inflation was lower. Because of this difference, utility companies have received approximately 60 billion rubles in extra income according to preliminary estimates.

Earlier, it was reported that the average control of housing and municipal services in Russia increased by 10.6 percent in the first half of 2018 compared to the same period in 2017, so that inflation was overtaken five times.