Putin rested in the taiga and went to the sea: Politics: Russia: Lenta.ru

russia September 30, 2018 Nation, russia Comments Off on Putin rested in the taiga and went to the sea: Politics: Russia: Lenta.ru 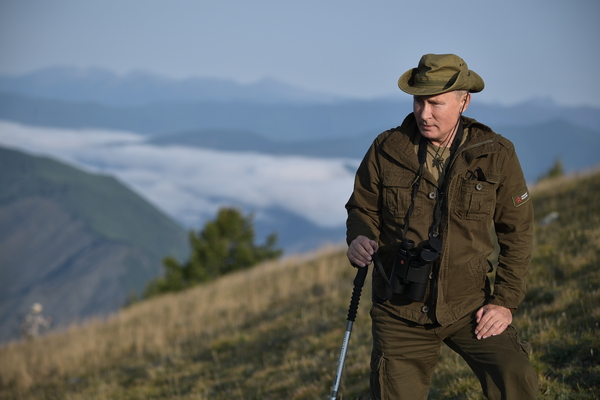 Russian President Vladimir Putin spent Saturday September 29th in the taiga. This was reported by the press secretary of the head of state Dmitry Peskov, reports RIA Novosti.

"On the way of Dushanbe, Vladimir Putin made a stop in Khakassia, where he put the Sabbath in the taiga with a short rest," he said and added that the president then went to Sochi.

Putin arrived in the capital of Tajikistan to attend the summit on Friday, September 28th. There the Russian leader spoke in particular with the President of Kyrgyzstan, Sooronbai Jeenbekov and the head of Tajikistan Emomali Rahmon.

In the course of the signing ceremony, Putin read "Eugene Onegin". "Putin first put the book down a little to his left, but after making several signatures, he took a copy of the poetic novel by Alexander Pushkin and leafed through different pages, bringing a new set of documents, the president signed and opened the book again ", RIA Novosti wrote.

In 2017, Putin spent the night in the Siberian taiga. After a working visit to Krasnoyarsk he was in field conditions.