Putin was photographed with a teenager in a Navalny T-shirt 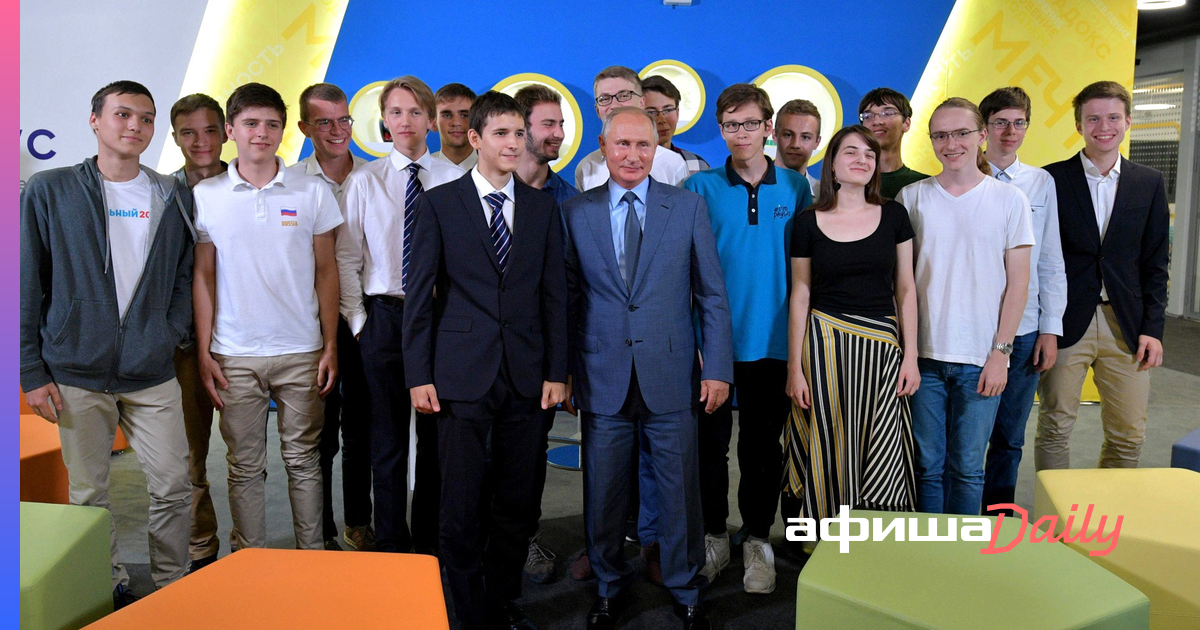 On 1 September, Russian President Vladimir Putin visited the Sirius Educational Center in Sochi to meet the winners of international Olympics. Photos of the meeting are published on the Kremlin website.

Some users remarkedthat one of the people in the picture wears a T-shirt with the inscription "Bulk 2018". As explained by Yegor Ryabov – this is the name of the hero of the snapshot – the TJ edition, the act "was planned as rofl (joke – Approx. Ed.), but turned out to be a Rofl of the year. "Moreover, according to him," partially this position, otherwise it would not do. "" Meme is satisfied, "Ryabov added in an interview with the television channel Rain. Vladimir Putin with the winners of international Olympics in the educational center "Sirius" in Sochi.

Twitter has already started with a joke about this topic:

A desperate oppositionist in a T-shirt with an inscription "Navalny" at the meeting in Sirius asked Putin the main question that worries all makers of the regime in Russia: are gadgets prohibited in schools?
After all, tomorrow brothers in the arms at school, resistance under threat pic.twitter.com/pRfWu5lmkR

All news "Billboards Daily" is included in our special telegram channel. Go there and you!