Russian mass media: the Bank of Russia wants to block websites themselves 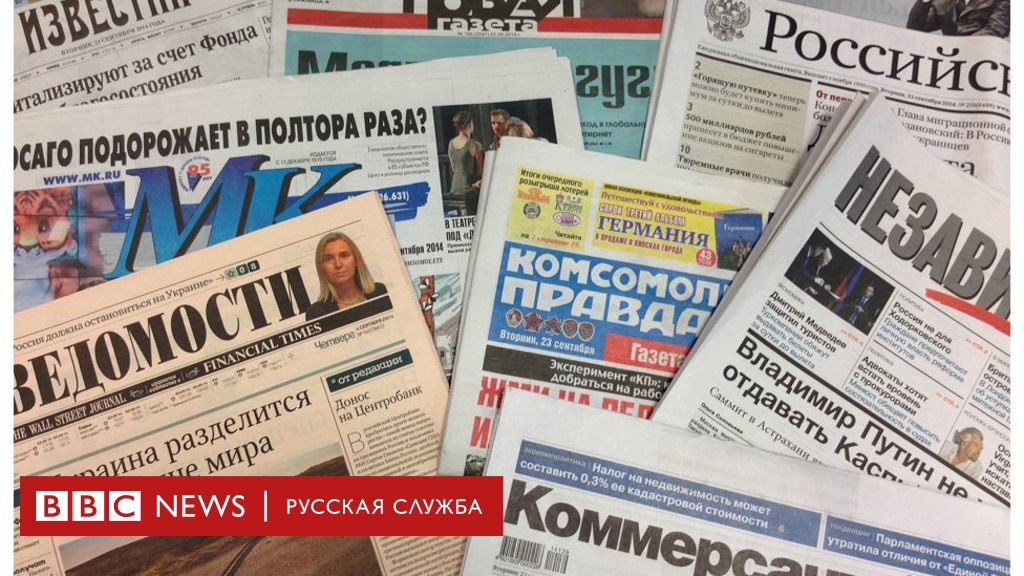 In a review of Russian newspapers before 23 August:

The Central Bank wants to have the right to block websites that are used for financial fraud without a judge. This idea, according to Vedomosti newspaper, was discussed last week during a meeting with Deputy Prime Minister Maxim Akimov.

The Central Bank has drafted a draft amendment to the Information Act, which grants it such powers, regardless of whether the site is located in the Russian or foreign zone. If the Central Bank receives such powers, Vedomosti notes, it becomes the seventh government agency that has the right to place websites in the register of prohibited information.

The regulator has focused on sites whose names are similar to those of others, which can mislead consumers, and on sites that offer a financial service without a license. The right to block such websites can be obtained by the chairman of the Central Bank Elvira Nabiullina or by one of its deputies.

The newspaper notes that the Central Bank can block websites without phishing and malicious programs, but only in Russian domain zones .ru and .rf.

VTB supports the initiative of the Central Bank because it finds it an effective method to combat fraud and the distribution of malicious software, said a spokesperson for the bank. Excluding blocked phishing sites on foreign domains and sites that provide financial services without a license can protect the rights of consumers, said Elman Mehtiyev, Executive Vice President of the Association of Russian Banks.

Artem Kozlyuk, head of the Roskosvoboda public organization, does not agree with him: offenders immediately move and continue to work, and respectable sites that are not lucky enough to "live" on blocked IP addresses and subnets stop working.

But extrajudicial blocking of sites that spread false information about banks is an excessively heavy measure, although they pose a threat to banks, according to Mehdiyev. What is regarded as unreliable information, he asks the question: can this be the opinion of the analyst about the state of the bank and is the subject of blocking the media that have published it?

Confirmation of this opinion can only be obtained after some time, when the resource can already be blocked, so it makes sense to block the decision on the court, possibly accelerating while a fairly relaxed procedure, argues the expert. In addition to the fight against information attacks, the actions and statements of the credit organization itself, supported by the position of the CBR, are much more effective, according to Mehdiyev.

And Artem Kozlyuk notes that more and more sites are being blocked without trial or trial. He therefore believes that it is not necessary to extend the list of authorities with such powers.

Why did the EU not introduce new anti-Russian sanctions after the US? The material about this is on the front page of the new RBC number. The newspaper, referring to the interview of EU diplomats with the online edition of Euractiv, writes that there is no unanimity in the European Union about the need to strengthen the pressure of sanctions on Russia after the introduction of new economic restrictions by the US. .

The absence of political will to this step was explained by one of the diplomats by the unwillingness of a number of European countries to break economic ties with Moscow. "Italy, Austria and even France are too interested in doing business with Russia," explained the diplomat.

According to EU rules, the consent of all 28 countries of the union is required to approve sanctions. In the escalation of sanctions pressure from the European Union, no one believes now, agrees with the director of the French-Russian think tank "Observo" Arnaud Dubien.

"If there were consensus in Europe about the adoption of stricter restrictions against Moscow, such ideas would have been realized in March, after the attack on the violins," he explained to the newspaper.

According to the expert, the problem of relaxing anti-Russian sanctions, despite calls from the US and Britain, is more urgent for many EU countries than adopting new ones. However, the analyst notes that, in view of the close economic ties between the EU and the US, even the abolition of EU sanctions from the EU will hardly give European companies carte blanche for cooperation with Moscow.

"For this, the European Union needs to gain greater independence from the US, in particular by creating its own currency fund and SWIFT system, as proposed by German Foreign Minister Heiko Maas," said Dubien, noting that the ideas of the Maas probably will not be embodied in the near future.

The head of the Robert Bosch Center for the Study of Central and Eastern Europe Stefan Meister explained to RBC that Germany considers the new sanctions as a useless instrument in the current situation: they will not be able to change the behavior of Vladimir Putin, but prevent only the dialogue with Moscow on important issues.

The material in the recent Kommersant is devoted to the chances of the Communist Party of the Russian Federation to hold a referendum on raising the retirement age. The CPRF is convinced that they will succeed first, writes the newspaper, but their competitors have already registered in 26 regions. The following initiative subgroups of the referendum were registered in different regions this week. They are all an alternative to KPRF subgroups, writes the newspaper.

The Communist Party managed to register subgroups only in the Altai area and the Irkutsk region. She refused registration in seven regions, Oleg Khomutinnikov, coordinator of projects of the "Open Russia" movement told Kommersant. According to him, activists in this region are connected to the work of communists and are ready to connect everywhere to hold a referendum.

In this context, "Open Russia" yesterday took a statement, "recognizing the obvious fact": "United Russia" and the Kremlin will prevent a national referendum. "The movement does not doubt that" the authorities are going to undertake gross violations and provocations to prevent the opposition from registering a sufficient number of groups, "removing" the rights that it itself guarantees, which offers the possibility of holding a nationwide referendum. to organize. "

Vice-chairman of the Central Committee of the Communist Party Yury Afonin assured the newspaper that the "party has sufficient power to take all necessary measures" for the preparation of the referendum. For this party it is necessary to register subgroups in at least 43 regions.

If none of the five initiative groups can form subgroups in 43 regions, they will have to negotiate with competitors about pooling subgroups, the publication explains. But Ilya Sviridov, candidate for mayor of Moscow from "Just Russia", declared that he was willing to unite the newspaper. His subgroup, registered in Moscow, became the first alternative that exceeded the Communist Party in registration.

In Russia there may be salt-free bread. And this is only one of the measures that can be taken to reduce the consumption of salt and sugar by citizens. Such proposals were made by the Ministry of Health, who created the passport of the federal project to establish a system to motivate citizens for a healthy lifestyle, says the newspaper Izvestiya.

"The experience of other countries shows the effectiveness of reducing salt content in bakery products, which can be achieved by changing the technical regulations," said one of the program's developers, the general director of the National Medical Research Center for Cardiology from the Ministry of Health, Sergey Boytsov. – Explanatory work can also be carried out with producers who can voluntarily reduce the salt content of products. "

According to him, as a result of the whole complex of measures, the daily intake of salt from Russians should be reduced from 10 g per day to 5 g per person. Sergey Boytsov stressed that high salt intake influences the development of the main risk factor for cardiovascular complications – arterial hypertension.

Sergey Boytsov has also specified that, in order to reduce sugar consumption, the issue of reducing the number of ads of drinks with sugar in the event that the videos are targeted at children and participate in them is being considered. "Lowering the sugar content in other products is still an impossible task", – the expert is certain.

According to him, the proportion of carbohydrates, including sugar, should not exceed 35% of the daily calorie intake – 2.5 thousand for a person with normal physical activity, which corresponds to 10 thousand steps per day. The high sugar content in the diet of the population affects the overall mortality rate, adds Boytsov.

The representative of the Russian guild of bakers and confectioners Maxim Kiselev noted that Russians, with their established taste habits, may not like new salt-free bread, because it is a fairly specific product. Maybe it will have to be promoted to consumers, he says.

In addition, Izvestia notes that, compared to conventional bread, salt-free products will be more expensive, because a new technology will be needed to make a new product.

What else to read:

The assessment was prepared by Oleg Savin, BBC Monitoring Service