russia September 30, 2018 Nation, russia Comments Off on Russians donated 1 ruble to the Provincial Executive who complained about low wages 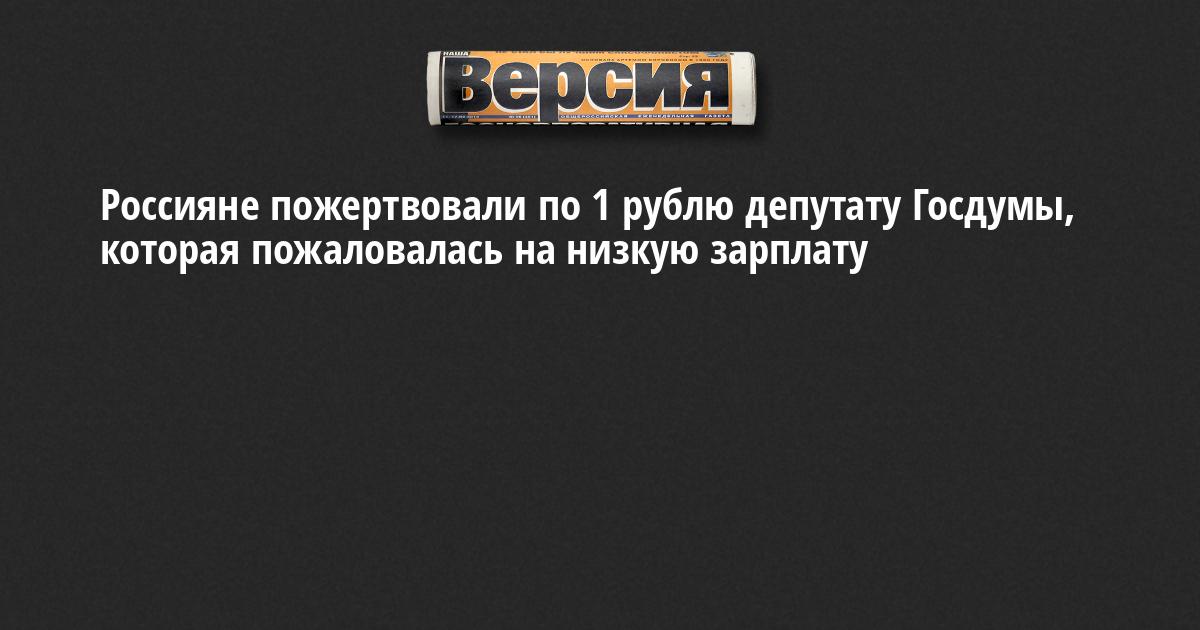 In Yekaterinburg, the Charity Fund "Little Man" opened a fundraising campaign for vice-president Vera Ganzia of the Duma, who complained about low wages.

The Russians responded to the call to raise money for deputy Vera Ganzia, who complained about a low salary. The Charitable Fund "Little Man" in Yekaterinburg has initiated fundraising for the parliamentarian. The course of the campaign is recorded on the official website of the organization.

From the fund's report it follows that the "little man" hopes that the Russians will be able to "save the servant of the people". The organization called on the inhabitants of the country to show their indifference and to give the deputy "a chance to live and have a happy future", and promised that all the money collected would personally meet the & # 39; needy & # 39 ; is transferred.

All in all, philanthropists are going to collect 380,000 rubles to provide material assistance to Vera Ganzia – an amount equal to her monthly salary. Reports on the funds received by the organization are regularly published on the official website of the "Human" fund in the social network "VKontakte". The screenshots of checks published in this source show that Russians usually give 1 ruble or 50 kopecks to a Duma deputy, although one of the benefactors donated 1500 rubles to Vera Ganzia. By sending the assistant sheriff the amount of less than 1 ruble, philanthropists accompany the money transfer with ironic remarks that they share what they themselves have. At this time, the troops of indifferent citizens of the country succeeded in getting the parliamentarian to raise 1865.67 rubles.

We add that fundraising for the support of deputies was opened on Friday after Vera Ganzia complained about low incomes. She said that the average salary of a Duma deputy is 380 thousand rubles, of which she says nothing – the parliamentarian is forced to spend money on a credit card.