SC opened a case because of a picture of the governor in the position of a deputy of the State Duma :: Politics :: RBC 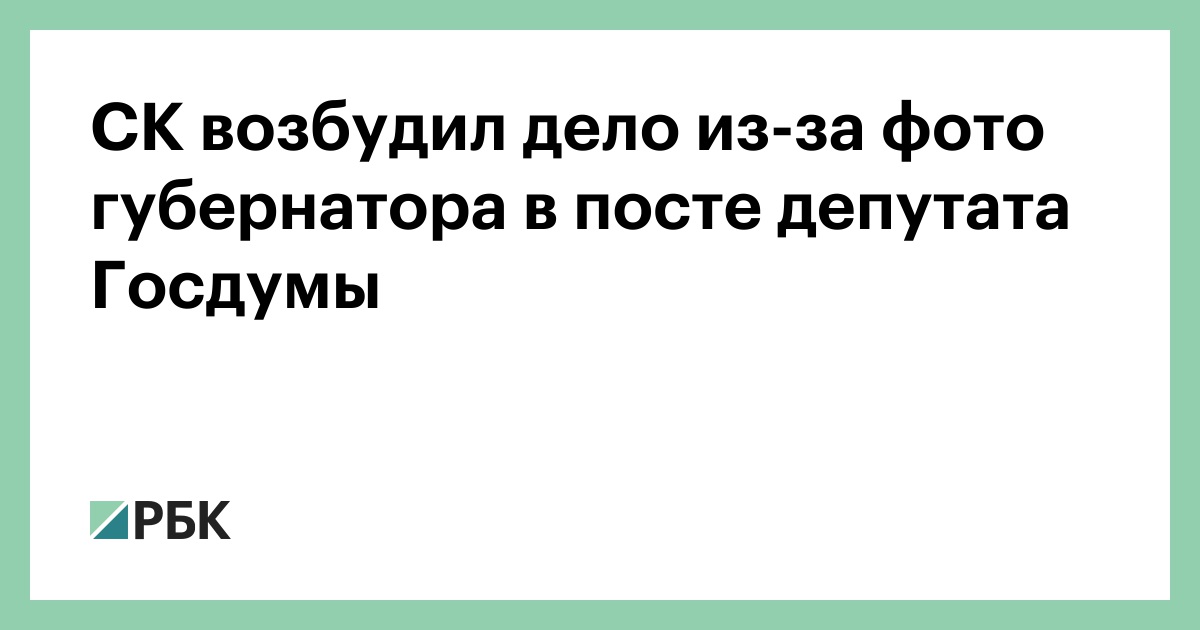 In the Ulyanovsk region, a criminal case was opened for the publication of a picture in the social network that offends the head of the region. He placed it, according to the version of the Commission of Inquiry, a member of the State Duma of the Communist Party 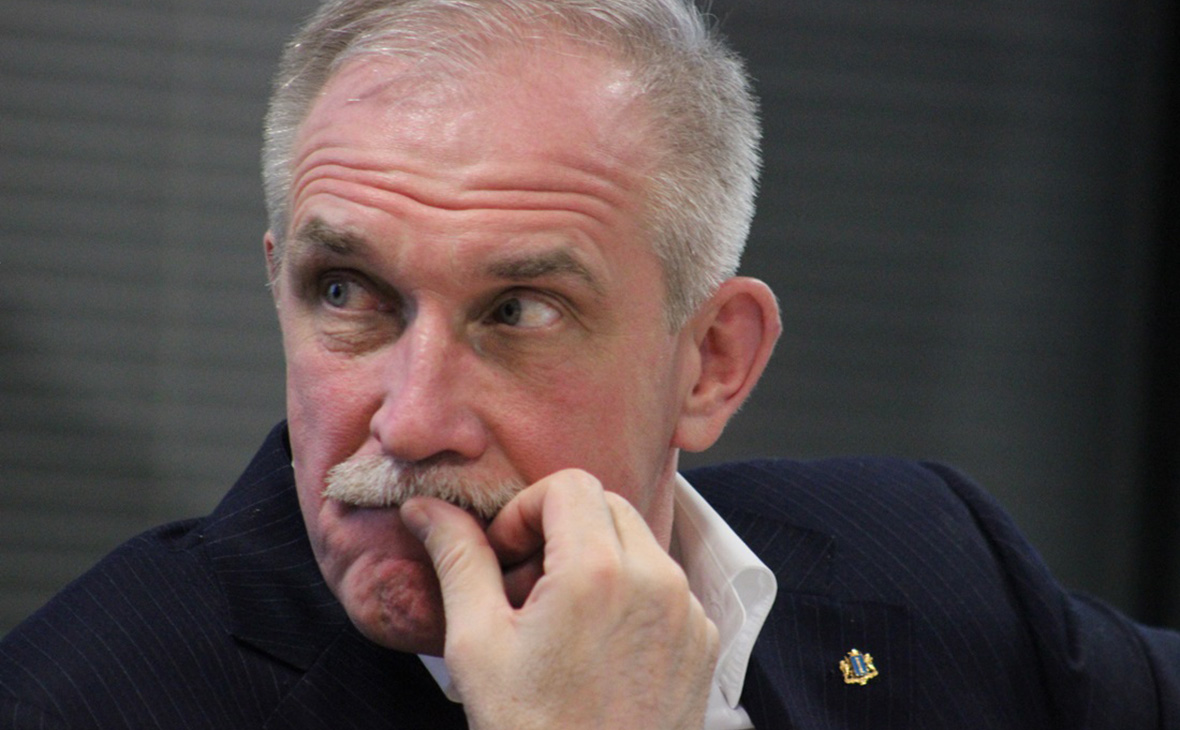 The investigation department of the Criminal Investigation Department of the Ulyanovsk Region started a criminal case under Article 319 of the Criminal Code of Russia ("insulting a representative of the authorities"), a representative of the agency told RIA Novosti. According to him, the reason for this was the complaint of Governor Sergei Morozov to the image in the function of the deputy of the Duma of the Communist Party Alexei Kurinnoy in the social network Facebook.

The Commission of Inquiry also indicates that the investigation is ongoing, and there are no suspects in the criminal case. "Interfax" referring to the press service of the research department of the TFR in the region indicates that the photo "is distributed in open sources", the name of the Kurinnyi in this regard, does not mention the interlocutor of the office. The informed source of Interfax says, however, that the insulting image of the governor in May was publicly shown in one of the demonstrations by representatives of the Communist Party. Afterwards, the photo was published on the internet, according to the agency's interlocutor. The source of the agency indicates that activists from the regional division of the Communist Party of the Russian Federation carried out research actions in the context of the investigation.

The photo in question is a photomontage, in which Morozov is depicted in the image of Adolf Hitler. The head of the region was of the opinion that such a comparison is unacceptable, abusive, humiliating and dignified and asked for the regional prosecutor's office to be inspected.

The image that caused dissatisfaction from the head of the region, in reactions to Kurinnogo's post on 7 July, was published by a user named Alexander Kurenkov. The message of the deputy, including the photo, was dedicated to the demands of Morozov to bring the organizers of an unauthorized meeting in Ulyanovsk to justice on 25 July against raising the pensionable age (including Kurinnoy). The parliamentarian himself did not publish the image of Morozov in Hitler's image on his page.

At the same time, earlier in the profile of Kurinnoy on Facebook, there were several reports, in which the deputy encouraged local residents to come to the meeting. One of the requirements of the demonstration was also the cancellation of the renunciation of Lenin Square in Ulyanovsk to Sobornaya Square. In particular, Kurinnoy published a post that was dedicated to this on 28 April, including a photograph of a soldier and the inscription "No to Fascism". "Dear compatriots On April 24, without any preliminary discussion, city officials resumed the central square of our city – the square of Vladimir Ilyich Lenin to a certain Sobornaya," Kurinnoy wrote, noting that this place is the heart of the "And that our fathers and grandfathers went forward." Here, as the MP stressed, they got a victory. "We will not allow the rewriting of history in the Bandera scenario of modern Ukraine," cried the parliamentarian.In the decision to rename the area Kurinnoy accused the team of the governor of the Ulyanovsk region, Sergei Morozov.