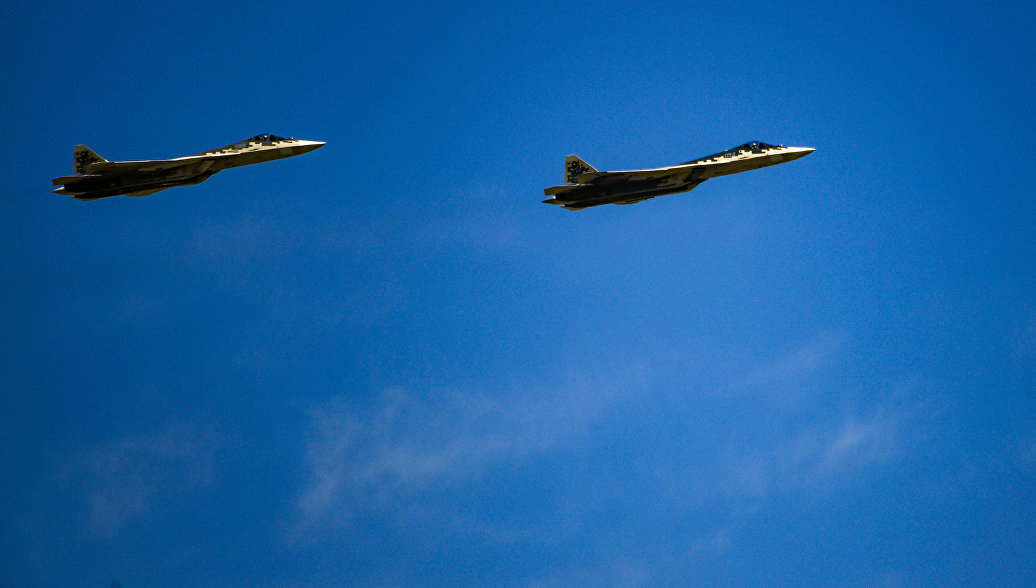 MOSCOW, Aug. 19 – RIA Novosti. The United Aircraft Corporation will sign an agreement with the Ministry of Defense before the end of the summer to deliver the fifth generation Su-57 fighter aircraft to the Russian army. UAC told President Yuri Slusar about this in an interview with the TV channel "Russia 1".

"The ideal choice": the media explained why the Su-57 is "unbeatable" with the F-35

According to him, the contract must be signed on the Patriot forum.

Lipetsk Air Center Yuri Sushkov said the center's specialists will be Su-57 hunters in the near future as one of the first in the army, they have already been re-trained to work with the Su-57. In February, Defense Minister Sergei Shoigu said that two Su-57 fighters were running the test program in Syria during two days.

Slyusar stressed that for the UAC the signing of the contract will be a "milestone event". The cost of the aircraft will be higher than that of the fourth-generation fighters, he explained this by the fact that the Su-57 far above their predecessors for a number of characteristics and equipped with newer equipment. Slyusar added that Russian hunters will be considerably cheaper than Western counterparts.

In July, a member of the State Duma expert council for the airline industry, Vladimir Gutenev, l that the Su-57 two and a half times cheaper than the American costs – F-35 and F -22

NI: in the US it is assumed that the Russian Su-57 has a "trump card in its sleeve"

"The fifth-generation fighter undoubtedly competes with the American F-22 and F-35, while it is considerably – two and a half times cheaper with absolutely similar features, and for some indicators, such as maneuverability, exceeds this even the American analogues, "Gutenev said.

The Su-57 is designed to destroy all types of air targets in long and near battles, it is also able to achieve ground and surface targets with overcoming air defense systems, and the fighter can also be used for monitoring. air space far from the place of permanent deployment and to destroy the control system of enemy air operations