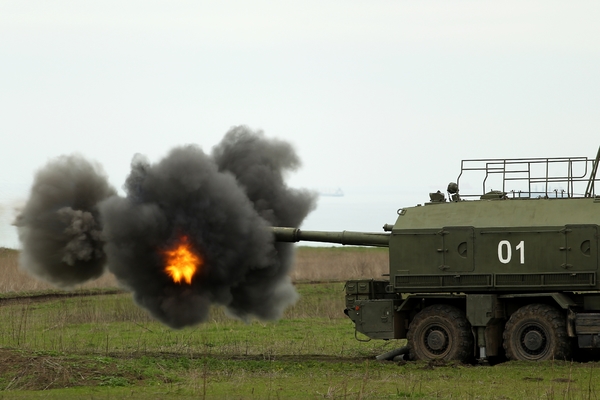 Russia is developing a complex of artillery and mortar weapons from the "Sketch" battalion coupling, which will be equipped with missile troops and artillery. This was stated by the commander-in-chief of the ground troops, Colonel General Oleg Salyukov in an interview with Moskovsky Komsomolets.

He noted that the "sketch" is being developed with different variants of the base chassis to deliver weapons to the Arctic units.

Salyukov spoke about other new weapons of the ground powers. According to him, the development of the interspecific artillery complex "Coalition-SV" is in its final phase. "It implements the innovative" Flurry of Fire "shooting mode, where different grenades fired from one pistol at different angles simultaneously reach the target," assured the Colonel General.

The new US nuclear strategy is threatening Russia

For the military air defense, the creation of an Arctic modification of the Tor-M2 air defense missile complex has been completed, which is capable of touching all types of precision weapons. Another invention, the anti-aircraft gun complex "Derivation-Air Defense", will be able to shoot unmanned aerial vehicles.

In April, it reported on new items of domestic weapons, which will be demonstrated during the parade on 9 May. Salyukov said the public the BMPT tanks "Terminator", the Tor-M2 missile defense system, the protected Typhoon-K vehicles with the 4×4 wheel formula, the special armored vehicle VPK-233136 "Tiger", the armored car "Ural-432009 "will see", as well as armored car patrol.