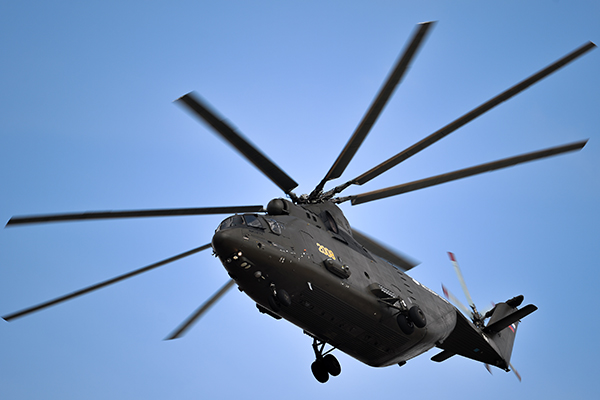 Motor D-136 produced by the Ukrainian company "Motor Sich", installed on the world's most difficult Mi-26 helicopter, will be replaced in 2023 by the Russian equivalent of PD-12V, told a representative of the United Engine -Building Corporation to RIA Novosti.

Russia lost a nuclear missile, it was found in America. What really happened?

"The work continues according to the approved plan and much work on the preliminary design of the engine has been completed successfully, in the context of which its constructive appearance and parameters have been determined." The start of preliminary tests of the helicopter with a new engine is 2023, "he said.

The interlocutor of the agency noted that the PD-12V, developed by the Perm Aviadvigatel, will extend the basic conditions of the helicopter, the reduction of the specific fuel consumption, the increase of the life of the engine and the possibility of a significant increase in power.

The D-136 aircraft engine, developed in the 1970s by Ivchenko-Progress (Zaporozhye), has been produced in series since 1982 by the Zaporozhye company Motor Sich.