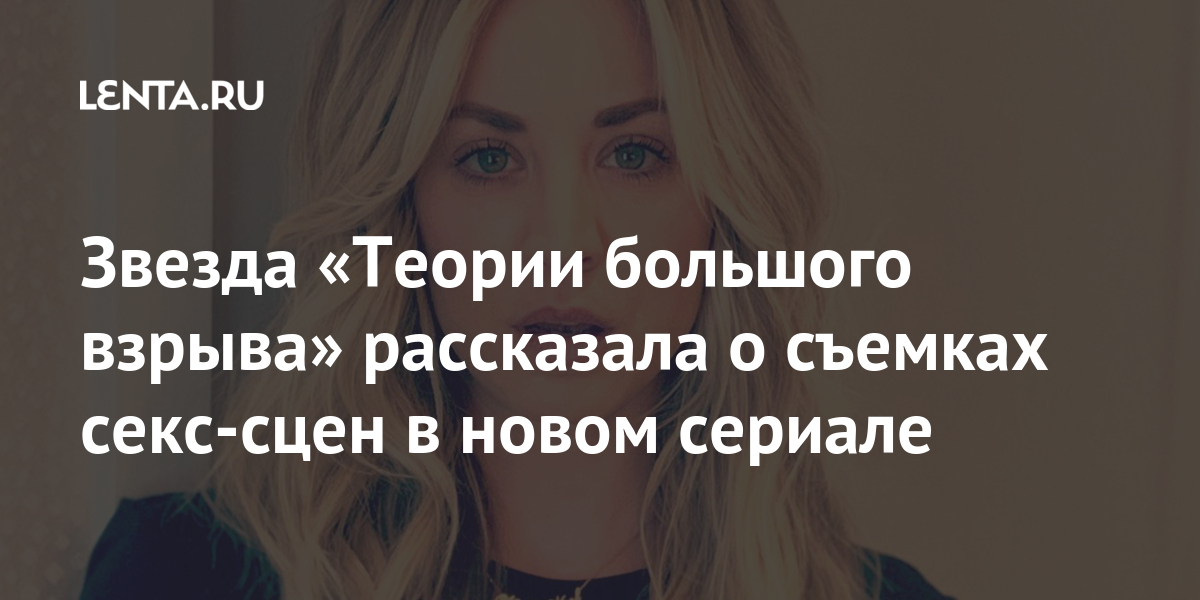 “I had similar scenes in The Big Bang Theory, but it never felt like a real sex scene. I said to Mikhil, “I’ve never filmed like this, have you?” He replied, “Filmed about 30-40 times,” – admitted Cuoco.

No end, no heaven

“The Walking Dead”, “The Simpsons” and more: which TV series was it time to end long before the finale

“When we started filming this scene, I still couldn’t do my best. Michel then said: “It looks like you are floating above the toilet in a public toilet. What are you doing?” Then he had to clumsily teach me to have sex for fun, ”the actress added.

Kaley Cuoco added that “The Stewardess” is her chance to show viewers that she can play more “serious and emotional” roles, not just comedic ones.

The plot of the eight-part project is based on Chris Bohjalyan’s book of the same name. The first three episodes of the black comedy thriller about a flight attendant named Cassie became available on HBO on November 26.