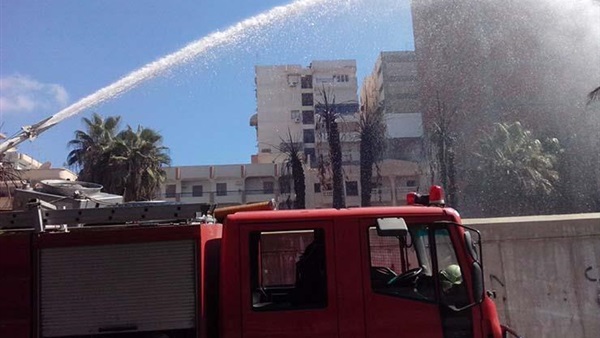 On Wednesday the civilian protection forces of Menoufia managed to get a fire under control that broke out in a clothing store in the center of Quesna and another in a house in the center of Beersheba.
Major General Samir Abuzamal, Director Safety of Menoufia, received a message from the police about the rescue of a fire in a clothing store in the city of Quesna.
With the transfer and the civil protection forces, the fire that broke out in a 41-meter men's shop was extinguished on the ground floor of a three-story house rented by one. H. P. A 27-year-old driver and resident of Qweisna, causing no injuries or deaths from the fire.
The owner of the fire was asked to investigate the incident.
The civilian protection forces were able to control a fire in a house in the village of Kafr El-Sheikh Taaima in the center of Berket el-Sabaa.
The fire, which erupted in a red brick house with wood and mosquito nets, has been extinguished on an area of ​​about 120 meters and is used as a storage site for concrete works. P. E. [ متواجد بدولة السعودية لأداء فرضية الحج ] The fire did not cause injuries or deaths from burning (60 meters of wood used for concrete work).
When asked the son of the owner of the house Mohammed 36 years without work and living in the same area is likely to throw the cause of the fire a passing cigarette continues to burn and asked to prove that the case accused no one and the suspicion of criminally denied.
The fire brigade was reserved and the Criminal Evidence Section was instructed to inspect the incident, which meant that the Criminal Investigation Department had to investigate the incident.