Prince of Mecca: We are trying to increase the number of pilgrims to 5 million soon 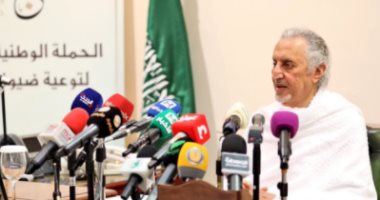 The head of the central Hajj commission Prince Khalid Al-Faisal said that the authorities of the kingdom are looking forward to the number of pilgrims to reach 5 million pilgrims in the coming years.

During the last press conference for the Hajj season, Prince Khalid Al Faisal discussed the efforts this year, emphasizing that the vision of the Hajj kingdom is to reach five million pilgrims in the coming years.

The prince stressed that the leaders of the kingdom are looking forward to applying technology in all aspects of the hajj. "We would like the project of sacred feelings, which will soon be launched, so God wants, for implementation, completely dependent on technology and fast communication," he said.

He pointed to the advantage of modern technology at the service of pilgrims during this season in various areas and included pilgrims who can not move and complete the rituals, and look forward to activating the modern technical and intelligent in the management of Hajj, pointing out that the future project of Mecca will use the best and latest resources technology.

He said that the number of manpower that provided service to pilgrims, both military and civil, reached more than 250,000 people.

He pointed out that the number of transgressors of the pilgrimage this year was not more than 110 thousand people, estimated at one million and 400 thousand pilgrims five years ago.