Saudi Arabia warns pilgrims and civilians and warns them of punishment 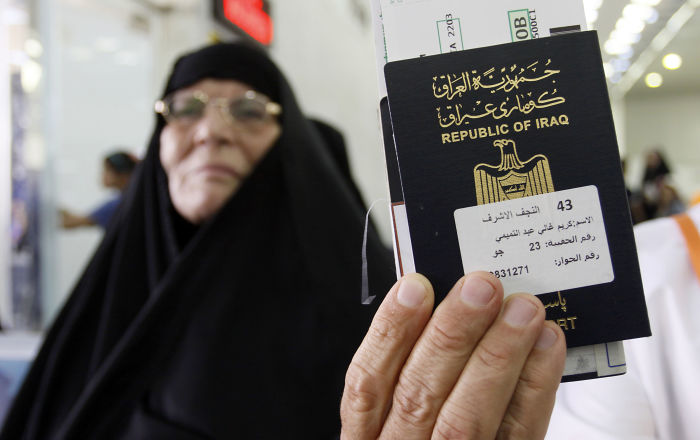 Saudi Arabia has demanded pilgrims to carry out a necessary measure, otherwise they will be punished.

The official spokesman for the General Director of Passports in the Kingdom, Badr Al-Quraini, that "passports" began with the implementation of the phase of the promotion of pilgrims through the ports of sea, air and land, according to the newspaper Riyadh Saudi Arabia.

Al-Qureini called on the Pilgrims not to delay the time of departure and the blogger on the Hajj visa "not to expose themselves to punishment and liability."

Al-Quraini added that "the instructions do not allow the pilgrim to reside in the country after the expiration of the visa granted to him, and forbid him to work throughout the Kingdom or outside of Mecca, Jeddah and Medina to go. "

Al-Qarini warned citizens not to move pilgrims away from Mecca, Medina and Jeddah, and this should happen during the validity of their visas.

He pointed out that "it is forbidden to accommodate pilgrims who are too late to leave, operate or cover or provide any assistance to those who lead to their irregular stay in the country."