So the singers gave up the veil of Ben Nehit 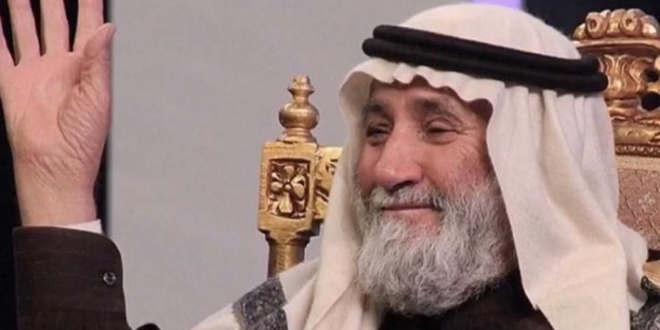 Fans of the great poet Hijab bin Nhit were shocked by the news of his death today, recalling verses from his earlier poems, especially his poem "Awdi", which he said in the death of his wife a few years ago.

The citizens mourned Bin Nahit's veil, condemned his heroic deeds, asked God for mercy and forgiveness, and for his family patience and comfort.

The beginning was with a tweet Ziad bin Nahit, who said: In the hearts of the believer moved the father Hijab bin Nahit to the mercy of God .. Thanks to everyone who thanks everyone who thanked him who said that okay the parents of everyone was and his wish was to leave without burdening someone He was a good laugh, even at the last moments of his life, goodbye, the greatest man I have ever known in my life and will remain at your disposal.
The remarks that contained the words condolence and condolences, in which he said after the Mishan Anzi: "We are God and we return to ask God for mercy and to forgive him and inhabited by the highest Paradise, the greatness of God's reward and the best of God's condolences and tributes to your wounded. "

Saad Jabbar said: "O Allah, make him a good house of his house, and he is better than his family, and he will take him to paradise, and he will be saved from the torture of the tomb and of the torment of fire Oh God, treat him as you are his family and do not trade with his family, O God, praise him for charity and for the abuse of forgiveness and forgiveness. "
In turn, the artist Fayez al-Maliki said: "God maximizes your reward and improves your comfort and no power except God."

The poetry of the Hijab was distinguished by the progress of poetic thinking, and a great innovation in the use of dialogue in his poems, which forced the recipient to enter the atmosphere of the poem and to interact psychologically with it. .