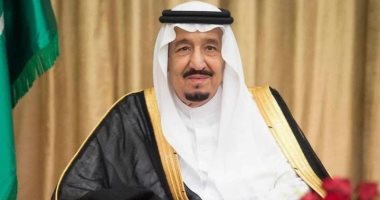 The fund said in a report that the increase in spending exposes the Kingdom budget to exposure in the event of unexpected falls in oil prices.

The report emphasized "the importance of ensuring that expenditure remains at a sustainable level in different oil price conditions" and the need to avoid tax policies that could cause economic disruptions.

Oil prices rose after the decision of a large producer to reduce production by the end of 2016. Production would rise again in June.

Sales in Saudi Arabia rose by 67 percent in the second quarter of 2018, mainly due to high oil revenues.

In the same period, government spending increased by 34 percent, according to government figures.

About half of public spending goes to the cost of salaries in the public sector, according to the International Monetary Fund, which said that "the workforce may gradually decline through natural turnover."

Saudi authorities told the IMF that the civil service was being handled with the help of the World Bank.

Unemployment among Saudi's is 12.8% and reaches 31% among women.

The biggest challenge for the kingdom is to create around 500,000 jobs for its citizens within the next five years, the IMF said, stressing the need to create more jobs in the private sector.

According to the report, up to 1.4 million new jobs may be needed if the participation of women in the labor market increases by one percentage point per year by 2023.

The IMF praised the results of the Riyadh reform program, including reducing subsidies, increasing fuel and electricity prices and imposing taxes.

"Rising oil prices must not delay the momentum of reforms," ​​the report said, and emphasized that "continuing to stick to broad reforms will help achieve fiscal targets and promote non-oil growth."

Last month, the IMF increased its growth forecast for the kingdom to 1.9 percent this year and next.

The Saudi economy fell last year for the first time since 2009 by 0.9 percent due to the collapse of oil prices.

The Riyadian budget deficit is expected to drop further from 9.3 percent of gross domestic product (GDP) last year to 4.7 percent in 2018 and 1.7 percent next year, according to the IMF.