saudi November 22, 2020 saudi Comments Off on Ayman Younes invites the stars of Al-Ahly and Zamalek to attend the finale of the century at his home at “Open Day” 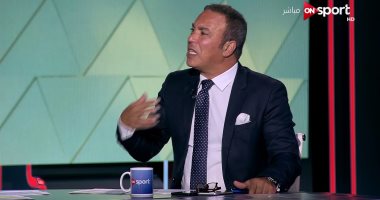 Ayman Younes, the star of Zamalek and the former Egyptian national team, revealed that he had held a big gathering of Al-Ahly and Zamalek stars to watch the turn of the century at his home, and Ayman Yunus said in his philosopher program on On Sport FM: “I decided to open my house after Friday’s prayer for my loved ones from the Al-Ahly and Zamalek stars to watch. The finale of the century together and the work of “Open Day” for the stars on this occasion, which takes place for the first time in the history of the giants of Egyptian football.

Ayman Yunus continued: “We are facing a match that has never happened before. It could happen again after that, but we are lucky enough to experience these moments, a match that will remain etched to the furthest point in history. , and I want to verify my words at Al-Ahly and Zamalek’s matches in yesterday’s cup, despite all the elements out there. She participated, or most of them, as substitutes, but their thoughts in the final of the century and the Egypt Cup were not present in the stadium. “

Ayman Younes added: “We want it to be a football match between the two biggest clubs in the Arab world and the African continent. The history pages tell of the achievements of the two clubs and their pioneering role and their historic stars. The most zealous victories but it is inevitable that the loser will suffer greatly from the bitterness of this situation. ”

The African Champions League is witnessing a unique event in the qualification of Egyptian football giants “Al-Ahly and Zamalek” for the final of the tournament, scheduled for the ninth evening next Friday at the Cairo International Stadium, in a historic event between Al -Ahly and Zamalek, as the first in history between the two major poles, and this final will be the first between two teams from one country on the African continent.

The Red Spirit is the most crowned African Champions League with eight titles, the first in 1982 and the last in 2013, and since then Al-Ahly fans have dreamed of returning the title to Tatch Stadium, while the White Knight wants to win his sixth titles to increase his balance in the tournament that has been absent from his treasury for 18 years. Where the last coronation was the 2002 season with the goal of Tamer Abdel Hamid in the net of Moroccan Raja.

Al-Ahly qualified for the final match of the African Champions League after winning the Wydad in Morocco, where the first leg between the two teams ended at the Mohammed V stadium in Morocco and Al-Ahmar won two goals without answer, before he confirmed his superiority in the second match in Cairo, winning three goals against one goal. Traverse the semi-final round with a score of 1/5 in the total of the two matches.

While Zamalek qualified for the African final after beating the Moroccan Raja, where the match of the first leg held at the Mohammed V Stadium ended with the White Knight’s victory with a goal without reaction before confirming his superiority in the second leg in Cairo and won three goals against a goal to pass the semi-finals with a score of 4/1 in total The two matches.