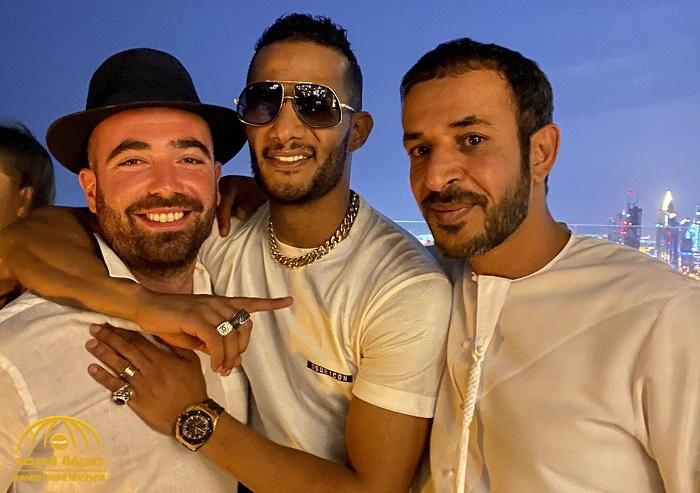 Al-Marsad Newspaper: The Egyptian Acting Professions Syndicate has released an official statement signed by the Actors Syndicate, Dr. Ashraf Zaki, commenting on the dissemination of controversial photographs, Egyptian artist Mohamed Ramadan featuring some well-known Israeli personalities, namely: Israeli actor Eilad Tesla, singer Omir Adam and football player The Israeli Diaa Sabaa, who received much criticism for it, as well as the distribution of a video of Ramadan during his presentation of the famous Israeli song Hava Naguila, and the great wave of controversy over the subject.

Syndicate statement
The statement stated that the Syndicate Council was following with interest what was happening on social media from its responsibility, stressing the rights of the Palestinian people and condemning the appearance of one of the members accompanied by artists belonging to the usurping entity, and stressed the importance of distinguishing between government policy and standardization Interstate popular.

urgent meeting
The Board also called for an emergency meeting with the Technical Syndicate Union tomorrow, Monday, November 23, at 5:00 PM, to make critical decisions in this regard. 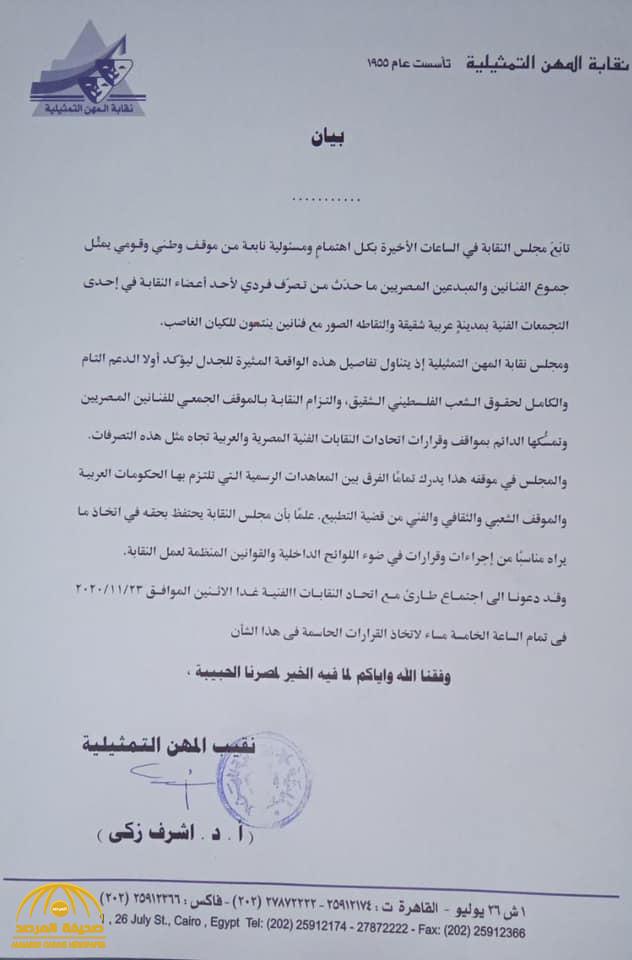