Friday .. the last quarter of an hour from the moon in the sky of the Arab world

saudi November 30, 2020 saudi Comments Off on Friday .. the last quarter of an hour from the moon in the sky of the Arab world 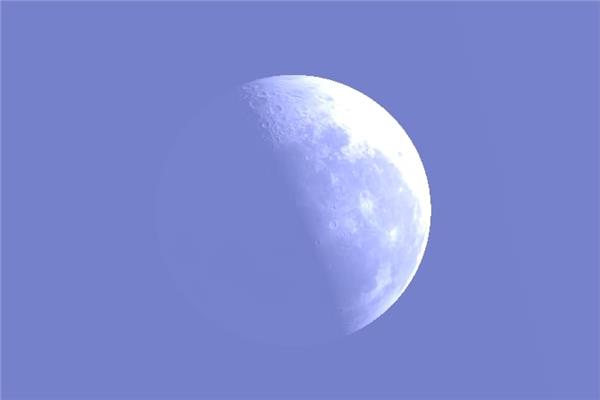 The moon will light up before midnight today, Friday, October 9, 2020, followed by a moment Last square At 2:39 a.m. local time in Cairo (00:39 a.m. GMT), cutting three-quarters of its orbit around Earth during the month.

The moon is detected high in the sky’s dome in conjunction with the onset of sunrise, Saturday, against the backdrop of the blue sky, and will remain visible until it sets at noon according to local time.

The moon is known to revolve around the Earth once every four weeks, and the result is a cycle of phases from conjunction, the crescent of the beginning of the month, the first quadrature, through the increasing hump, then the full moon , and then the waning hump, then the last quarter and the end of the crescent, and it returns to conjunction every 29.5 days. This movement also means that the moon is moving rapidly across the sky. From one night to the next, the moon cuts 13 degrees into the sky’s dome, causing the moon to rise and set about an hour late every day.

The last quadrature period is considered, the half moon and the other half appear dark, the ideal time to observe the topography of the lunar surface with binoculars or a small telescope, because the mountains, craters, etc. are very bright, especially along the line that separates the light side from the dark side due to the interference of light and shadows, which gives 3D viewing, ideal for monitoring and photography.

According to the Astronomical Society in Jeddah, the distance between the moon and the sun in the dome of the sky will narrow in a few days until the moon enters the crescent phase at the end of the month and observes shortly before sunrise in preparation for its fall in the conjunction of Rabi al-Awwal 1441.