saudi November 27, 2020 saudi Comments Off on India is entering an economic recession for the first time since its economic independence – today’s world 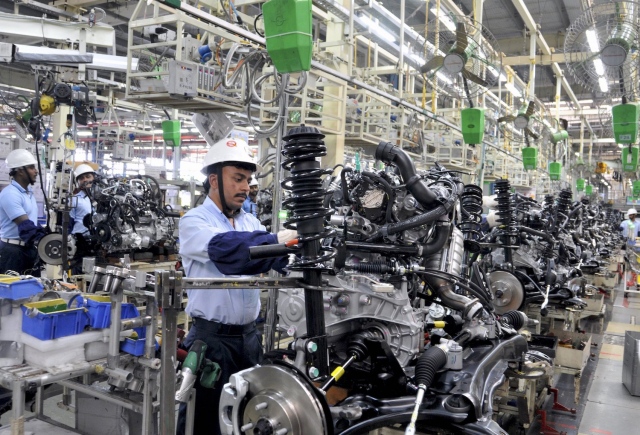 The Indian economy contracted 7.5 percent between July and September, hitting one of the worst of the major developed and emerging economies, as the country entered recession for the first time since independence, according to official data today.

While the numbers represent an improvement from its record contraction of 23.9 percent in the last quarter, they indicate that Asia’s third-largest economic power is preparing for a tough battle as, despite the high number of new infections the Coronavirus is trying to stir up demand and create jobs. .

Recording contraction in two consecutive quarters means that the country is now entering a “technical recession” for the first time since 1947.

And after the imposition of lockdown measures around the world, the growth of major economic powers, including the United States, Japan and Germany in the quarter ended September 30, bolstered expectations that India, too, will make a recovery.

But as business to consumer improved on higher spending in the run-up to the October and November holidays, hopes for a broader recovery could be dashed by the damage to the construction and hospitality sectors.

The agricultural sector was relatively bright, while industrial activity picked up in the period between July and September, after plunging about 40 percent in the previous quarter as a result of the shutdown.

Analysts found the numbers encouraging, indicating that the economy is likely to perform better in the coming quarter.

Samir Narang, chief economist at Broda state bank, said, “Given all the indicators, the worst is over for the Indian economy.” We will see continuous improvement. “

He told France Press that Friday’s data exceeded the bank’s expectations of an eight percent contraction, and stressed that the economy is on track to recovery unless the high infection rate leads to another shutdown.

New Delhi has done its best to restart its economy, which is expected to contract by 9.5 percent this year, according to estimates released last month by the governor of India’s central bank, Shaktikantha Das.

The International Monetary Fund, for its part, has forecast that the Indian economy will contract by 10.3 percent this year, during the worst downturn of any major emerging economy and the worst since independence.

A report from Oxford Economics earlier this month said the Indian economy will be hit hardest, even after the severity of the epidemic has eased. This indicates that annual production will be 12 percent lower than pre-virus levels through 2025.