News 24 | Finance Minister: There is currently no plan to consider short- and medium-term value-added tax (video)

saudi November 22, 2020 saudi Comments Off on News 24 | Finance Minister: There is currently no plan to consider short- and medium-term value-added tax (video) 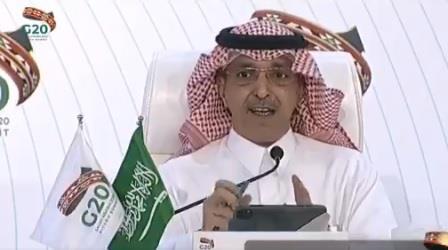 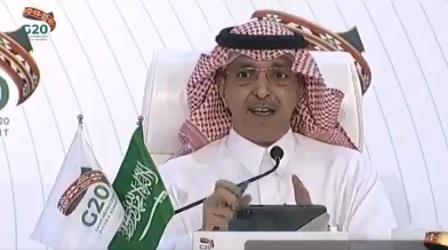 Finance Minister Muhammad Al-Jadaan emphasized that raising the value added tax was a difficult option to cope with the economic damage, and currently there is no plan to consider in the short or medium term.

Speaking after the close of the G20 summit, he explained that the Kingdom has taken dozens of measures worth about 200 billion riyals to support the economic sector, and that what the Saudi economy is suffering is affecting the world economy.

He revealed that more than 40 countries have applied to participate in the debt relief program, indicating that the approval of the debt suspension and its extension for six months is a great achievement.

He said they would not stop at the debt relief initiative, but rather try to reform the economic systems of these countries, and that banking institutions are ready to help those countries.

He said they want to provide support to poor countries and asked international financial institutions to present their proposals.

Mohammed Al-Jadaan #Minister of Finance: Value added tax was imposed as a very difficult option; But it is necessary to maintain financial sustainability in the Kingdom, and we will assess it on the basis of developments in the economic situation. pic.twitter.com/EIn9QdxtgS